This Time it IS Different !!!

@builderofcastles 66
9 days ago
Proof of Brain 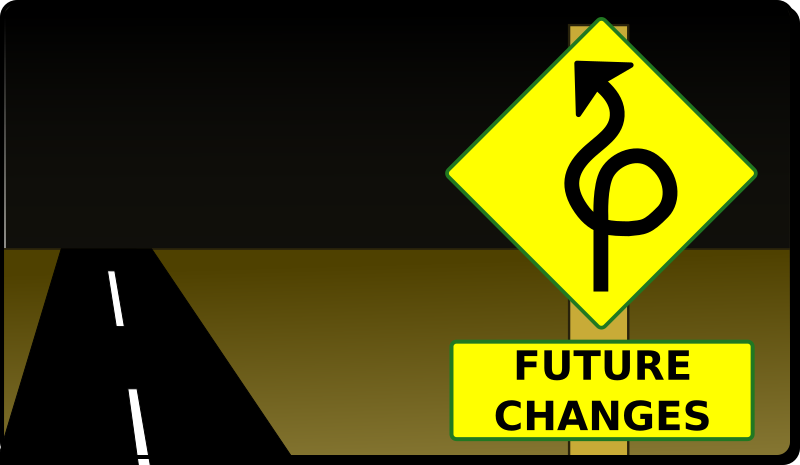 However, this time, it is different.

T.H.E.Y., the mother WEFers, (wyrld economic phorum) are trying the shenanigans they tried last time.
But this time it is different.

However, this time is different. The price isn't going to crash where they can buy it up again for cheap.
No, what is going to happen is that people are going to see the fraud in the market.
It has been a rigged game for decades... AND there is no stock actually being traded.

Imagine Musk actually buying Twatter stock from all the little people. And he buys ALL the stock.
But, we find lots of hedge firms coming out saying that they still have Twatter stock.
What happens when people learn that there is 2x, 3x, 10x the stock owned than what is outstanding?

The faith in the stock market disappears.
Fortunately, Reggie already has a solution. Basically NFT the stocks. And then the stock markets go away.
And we actually learn who really owns the stocks. The mother WEFers will be shown for the hoarders and manipulators that they are.

Black (head)rock and Gilly Bates are buying up all the farm land in the country and houses in the city.
T.H.E.Y. are trying to force housing prices to the moon and then crash them.

And it looks like they are succeeding.
However, the mother WEFers are just placing a "stone" around their neck as they are trying to get off the Titanic.

If your house does not have an attached greenhouse and is passive solar heated, then it will cost too much to live there. But that is still out a ways.

Right now, we are facing the greatest house vacancy epidemic in recorded history as the boomers move to nursing homes and the VAXXXed start dying off in droves. Very soon it will be, if you want a house, find one that is empty and move in.

T.H.E.Y. have bought up the wrong thing. Figuring to control people buy owning all the houses, they will find they own nothing but unwanted real estate.

The mother WEFers are destroying the monetary supply (bond market) just like they did in every depression since the FED was formed. T.H.E.Y. are setting things up for the Greatest Depression, and it will in fact be a doozey, however, it will also be the greatest opportunity and the real beginning of Sci-Fi World.

Yes, T.H.E.Y. are manipulating gas supply and prices, however, this leads to a lot of continuous, green, energy projects being built. When people are freezing or starving, who cares that the govern-cement says don't drill here, don't use that stuff there.

All the mother WEFers will be able to do is cry as they see their control disappear.

If you haven't noticed, wars and rumors of wars are everywhere.

The mother WEFers are trying to make the Rush-ians to be the bad guys (to the americans) and the Chinese to take over all the east, and...

The problem is, people are seeing through the propaganda.
We are all supposed to support You-Crane, but too many have noticed that it Putin had some very good points to doing what he was doing.

NATO is supposed to be setting up for WWIII, however, it looks like Putin is about to destroy them.

Then China is supposed to take out Taiwan, but things aren't going as planned.
The Chinese people are revolting. A quarter million police involvements to squelch uprisings per year.
And then, if that wasn't enough, the 3 gorges dam is going to burst at the worst time.
China will break up from internal stresses.

And most countries around the world are going to break up from internal conflicts.
The world will balkanize.

In America, it is the left vs the far right... the left being those who want to control everyone and allow every debauchery... and the "far right" are a group of people that want to Make America Great Again.
(dumbocrap and repulsivekin do not apply here anymore)

One group wants to be left alone, and the other wants tyrannical control to stop mis-pronoun use.

This results in a break up of The US. (the corporation)

The end result is that there will be no WWIII, but there will be all kinds of civil wars all over the world.
There won't be anything left for the mother WEFers to try to control from the top.
The individual groups of people will just work out trade across the internet, ignoring middle men and middle-govern-cements.

Unlike all the other times, the mother WEFers are not being able to stay in the shadows.
A giant spotlight is being shown into the face of all their evil acts.

The biggest thing will be showing everyone that evil does exist.
That it isn't just some word of "normal" people doing bad things.

Once we know that, then our future is rooting out evil everywhere we find it on earth.

The mother WEFers want us dead. The VAXXX was just their latest attempt.
Now they are trying to start WW3 and give us a new variant of the plague.

Remove your support from these evil people.

All images in this post are my own original creations.
hive-150329 informationwar future stockmarket bonds ww3
0
0
0.000
3 comments

Looking forward to getting the use of a house for free😁

I am not looking forward to it.

Because it will mean a breakdown of law.
But what will you do when so many houses are sitting empty and you need a roof over your head ? ?

There may also come a time where everyone just stops paying their mortgages.

Crazy stuff coming at us😫