“Invisible Internet Money:” The Cryptosphere Still Has a LONG Way to Go!

@denmarkguy 76
over 1 year ago
LeoFinance

This morning I had somewhat of a surprise email from an old friend I’ve known since my University days. We don’t have much contact because we live in opposite corners of the country, and his preference has always been for ”in person” rather than long distance/electronic communication.

I realized it had been almost four years since we last talked. 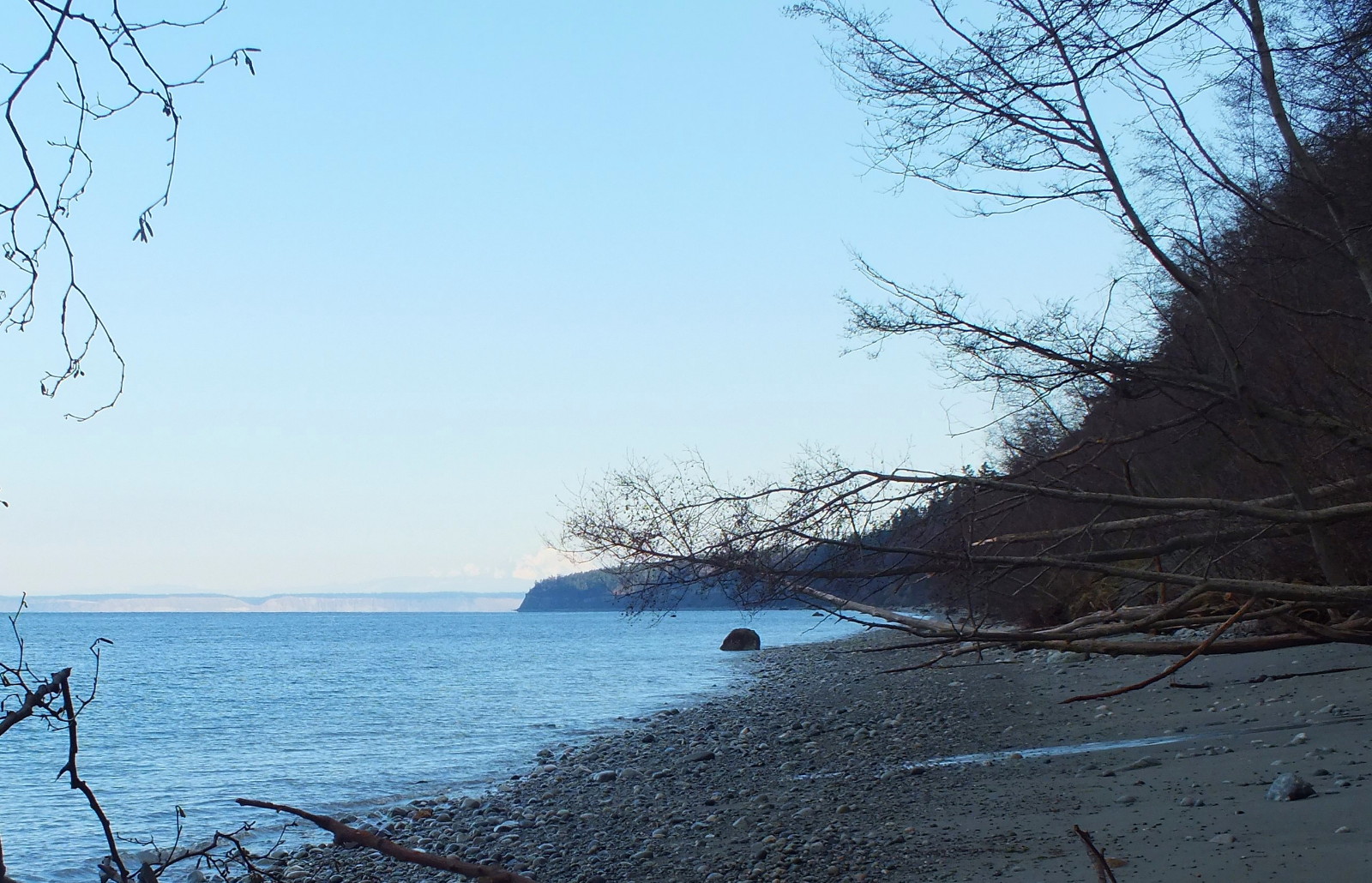 As part of the catching up process — spanning several emails and a Facebook video call — he asked if I was ”still involved in that invisible Internet money stuff.”

Maybe I’m overly sensitive, but it has always felt like that when someone feels compelled to add the word ”stuff” after naming another person’s interest/occupation it represents a mild form of distaste.

Regardless... I was a bit startled by ”Invisible Internet Money.”

W. is a well educated man of about the same age as myself (early 60’s) who spent many years as a corporate attorney before turning to his favorite interest of building elaborate sound systems for a living, while also feeding his desire to be a painter. And he’s definitely not a Luddite. 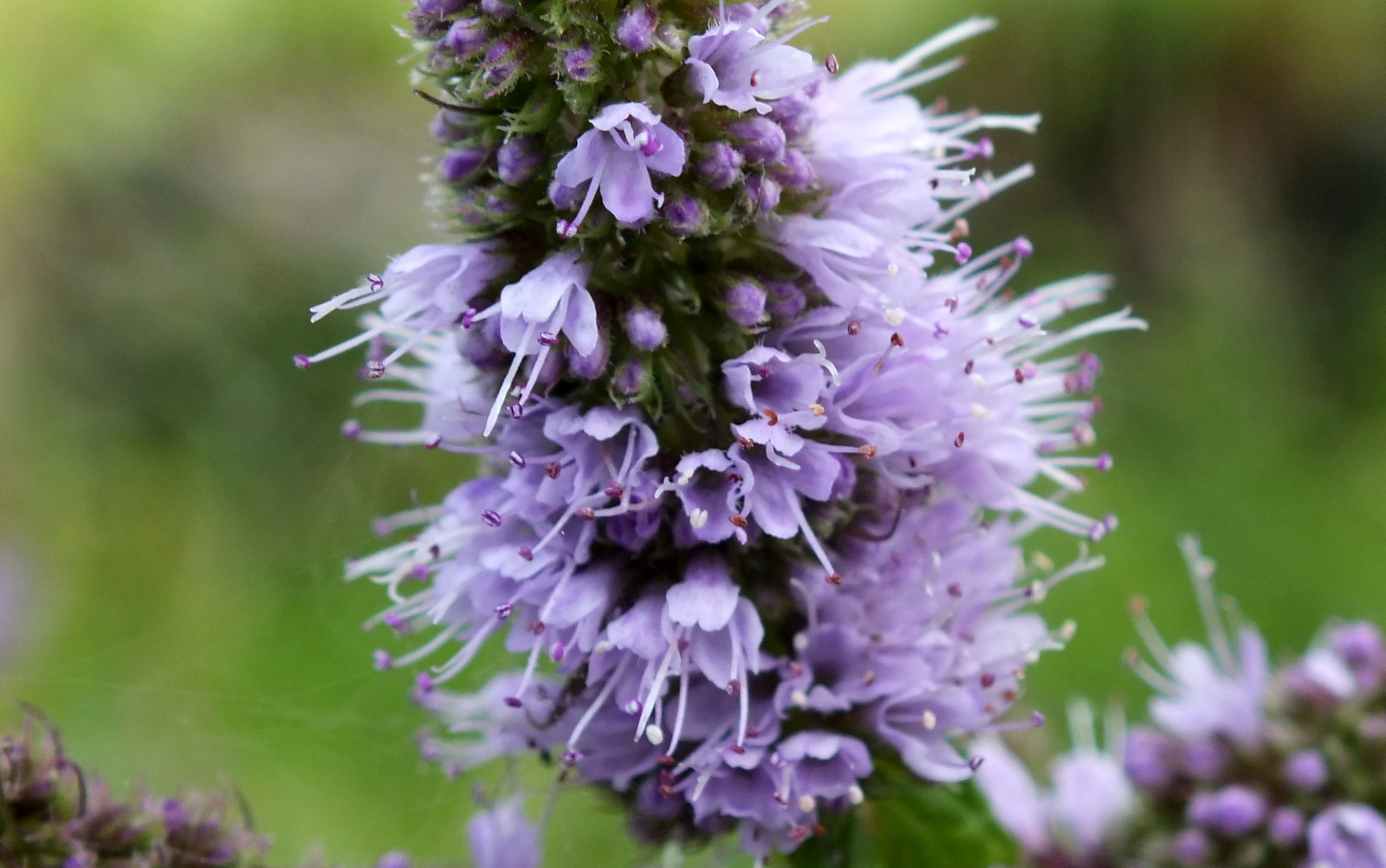 As part of our exchange, he raised the question: ”Aren’t you at all worried that 'THEY' are just going to disappear with it all, one of these days?”

Whereas W. will probably one of the last people on the planet to own Bitcoin (or anything else from the Cryptosphere), that last question really brought home the extent to which many in the mainstream really have no idea how cryptocurrencies work, or what they really are.

More specifically, it underscored how alien the notion of decentalization remains to the greater world... in which there remains a lot of not only trust but outright admiration for large centralized institutions like banks, retailers, investment firms, oil companies and the like.

”Size offers safety, for nothing could grow so large if it were not legitimate.” 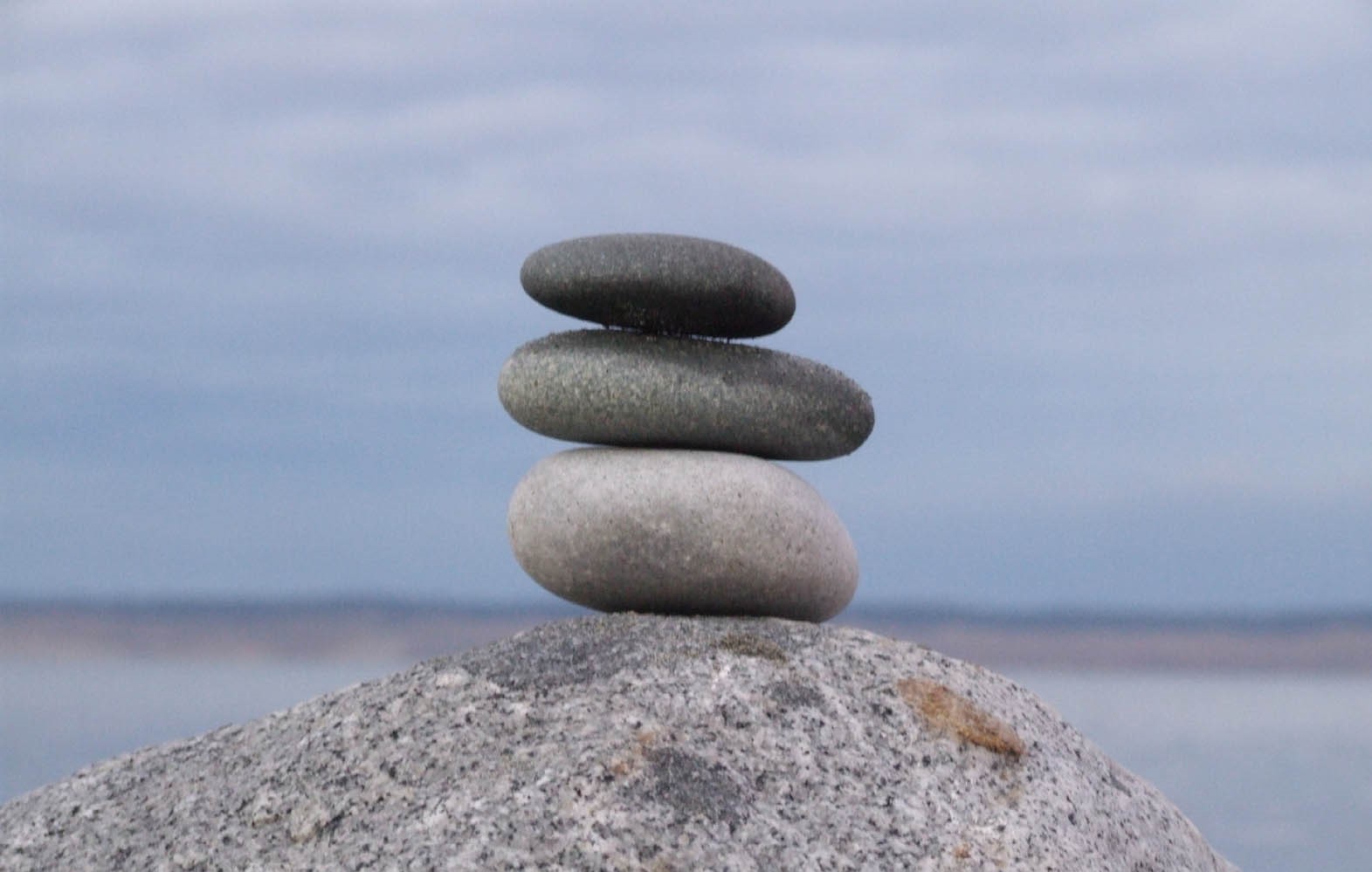 Amazon is ”clever” because they now deliver via their own fleet of vans, rather than depending on commercial carriers like FedEx and the post office, which are slower.

My friend W. is cognizant that risk (in investments) traditionally suggests that there is a dishonest ”they” who’ll abscond with people’s money, Bernie Madoff style. The whole notion of ”decentralized” suggests something on the scale of a local farmers’ market. The idea of something operating on the scale of billions of dollars without there being ”a person in charge” and ”a company” remains mystifying.

It's not trustworthy, without a "someone" controlling the show... 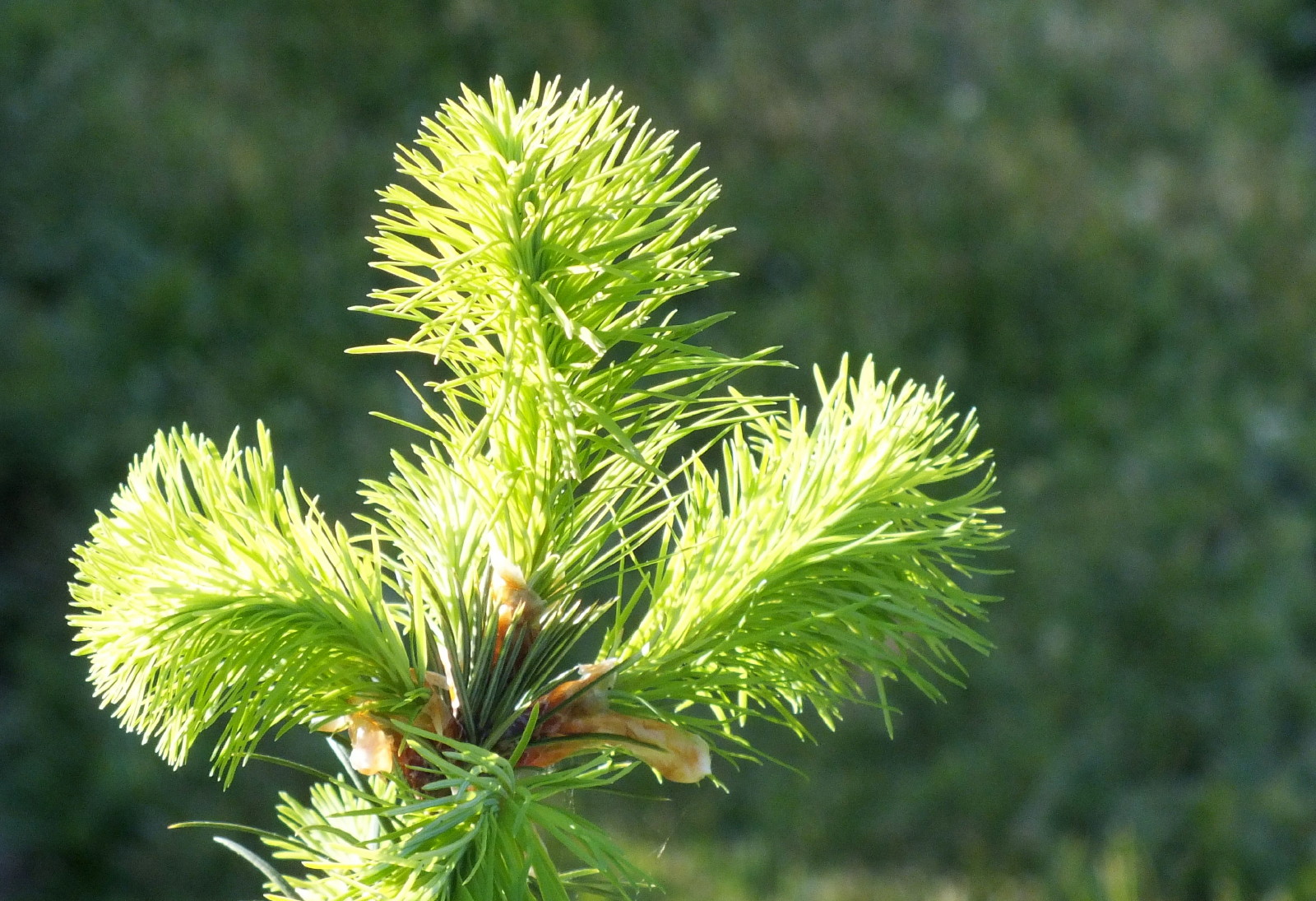 And that’s a significant part of the ”mountain” we still have to climb, in this industry.

In the end, I didn’t press the point with W., stating merely that I was still involved with cryptocurrencies, and no, I am not worried that ”they” will run off with my investment because it’s not structured like that… and ”I’d be happy to explain it to you if you’re sincerely interested.”

To which he responded ”No worries! You do you!”

The whole thing, though, was a poignant reminder that the Cryptosphere still has a lot of ground to cover!

Thanks for reading and have a great remainder of your weekend!

What do YOU think? Do most people still misperceive the nature of cryptocurrencies? Does "decentralization" seem "weird" to most people? What can we do to create a more accurate impression of this industry? Comments, feedback and other interaction is invited and welcomed! Because — after all — SOCIAL content is about interacting, right? Leave a comment — share your experiences — be part of the conversation!

Greetings bloggers and social content creators! This article was created via LeoFinance, a blogging community that's part of the Hive Social Content Experience. If you're a blogger, writer, poet, artist, vlogger, musician or other creative content wizard, come join us! Hive is a little "different" because it's not run by a "company;" it operates via the consensus of its users and your content can't be banned, censored, taken down or demonetized. And that COUNTS for something, in these uncertain times! So if you're ready for the next generation of social content where YOU retain ownership and control, come by and learn about Hive and make an account!

Proud member of the LeoFinance Community on Hive!

(As usual, all text and images by the author, unless otherwise credited. This is original content, created expressly and uniquely for this platform — NOT cross posted anywhere else!)
Created at 20210724 16:45 PDT
0306/1549

I’ve almost given up trying to explain crypto to people in real life. Almost everyone I’ve talked to about it is basically convinced it’s a digital tulip bulb mania. Between the old chain and Hive, I managed to talk three people into signing up and only one of them is still active.

I'm a reasonably successful crypto investor, and my main concern is that THEY...the globalist overlords...will trash the value of non approved cryptos overnight with law changes. They probably can't stop us using them, but they can control the value and direct the sheeple into approved alternatives.

Cryptocurrency has such a long long way to go. For me its the opposite. I can speak to a person who's never been in crypto and i can have a much better conversation about why they should use crypto over the people who are here. I can tell you the exact differences. People who aren't in crypto yet are genuinely trying to understand what it is. They are actually trying to find the holes in it so it can make sense to them. So they are genuinely putting it to the test is this something that will work for me? It's not that they don't want it to work. They saying a few things. One they saying hey i'm considering putting alot of money in this thing i hear people doing well but i don't like the idea of it's nobody to go to if something goes wrong with my money lol.

The other part is they really just are having trouble wrapping their head around the technology how it works and being bombarded with media stories trying to put the pieces together. I can have a good exchange with them and often times we finish the conversations with the result being they going out to try their first cryptocurrency out. Happens with me all the time. I don't think its ever been the case it didn't happen.

Now here's my problem with the space. I know some would go well if the person is already in why is that a problem. Well here's the problem the reason why the people are in crypto are the worse reasons. Often times its just for speculation..bubbles. ponzi and pyramid schemes. So what happens is these type people feed and create the very culture that the people who aren't in crypto are afraid of. That's what has happened.

Now even if you look at all my commentary and posts and objectives. You will find that most in crypto agree with me. They agree with me and then go do the exact opposite of what they agree with lol. In crypto the most valuable and useful projects aren't celebrated. What is celebrated is ponzi scheme and bubble coins with odds of failure and you losing greater than they are in las vegas at the casino lol.. Thats why people fear cryptocurrency. It's because of you all thats in here and how you navigate this space and they have a right to be afraid. If you agree with me and you end up chasing bubbles and ponzi schemes and you really not interested in significant use cases you'd think wise people would know that's a recipe for disaster but not in cryptocurrency lol.

Banks also run on invisible internet money, but with less security and more systemic corruption, and yet people accept it because it is the status quo. New is scary, especially if it threatens that status quo.

I am finding that younger people are more likely to be familiar with crypto and use it and especially in 3rd world countries where it has greater value than their own devalued centralised home currencies (and I have a number of friends doing just this in 3rd world countries!), whilst older people, like my dad who is almost 80, are very skeptical and keep urging me to be cautious and not put any of my money into something that is either going to collapse or that someone is just going to run away with :-) I agree with other comments that the FUD likely emanates from hype around bubbles collapsing and ponzi schemes as the media love to play to people's fears. People also struggle to understand the arena as it can be quite complex when looking in from the outside, from the jargon to the use of private and public keys and digital and hard wallets. But bad news sells!!! Those who are fortunate enough to understand the cryptosphere, understand the value of decentralisation and the use value of tokenisation on blockchains and how it pervades and can benefit every part of our life. I was just saying the other day to a family member that digital money ie: not using coins and notes, is pretty much how most people operate these days anyway using central banks so the concept of intangible monetary value being simply a number on a ledger is not new, but that cryptocurrencies and blockchain elevate the concept to something worthwhile given the approach. It may be a "newish" thing at the moment but I am certain that it is going to be one of those things that just explodes overnight. One day few are using it, the next it is just the norm.

...the concept of intangible monetary value being simply a number on a ledger is not new, but that cryptocurrencies and blockchain elevate the concept to something worthwhile given the approach

This is really great way to explain cryptocurrencies. I'll use it if I ever get asked. Cheers