A Year in Stroudsburg 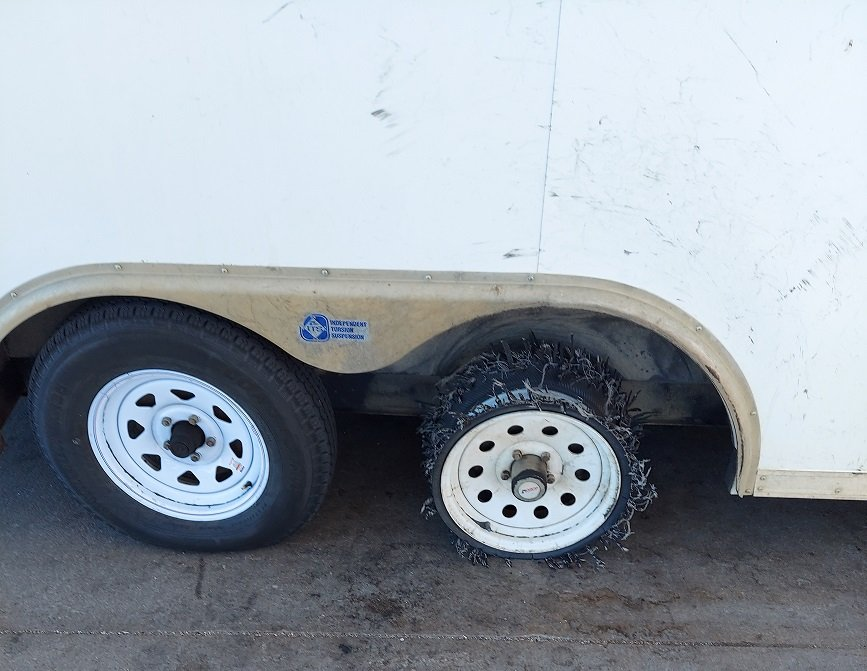 A Year ago today I moved to Pennsylvania.

It's crazy to think that it's already been a year, but alas, it must be true because I recently renewed by lease on this apartment for another year. Still living that extremely minimalist lifestyle just grinding it out during these tough times.

If I'm being honest I feel like I've really wasted a lot of time over the last twelve months. I predicted this would happen way in advance. Leaving me to my own devices with zero responsibility doesn't usually lead to a good outcome. I should perhaps add a bit of structure to my life here.

Quitting my job at Amazon was very satisfying, lol I forgot I did that on my birthday two months after moving across the country. However, I knew severing my connection to a 'real' job would leave me to my own devices with no schedule or commitments to fulfill. Luckily I don't have easy access to any drugs round these parts or I'm sure I would have went on a few casual benders "just because".

I haven't gotten any real exercise since COVID started. The fifty pounds I lost in Summer 2019 because a blood test showed I had high cholesterol? Ah well, I gained it all back slowly over the last 2 years. No chest pains this time though so that's a silver lining. Or maybe not because if I was having chest pains maybe I would get my ass back to the gym, lol.

There is a gym very close to me but the monthly subscription is something crazy like $80/m and I'm used to paying like $30/m maximum. It's like a racquetball gym for posh older people I think. I might be able to get a much better deal if I commit for a year and get my partner to sign up with me in some kind of doubles deal, but we just haven't checked it out yet. Tick tock.

The next closest gym is much cheaper but it's also like 10-15 minutes away... and the thought of driving 30 minutes round trip to get in a quick 30 minute workout is just too much annoyingness for my brain to handle. I know if I get a membership there I just won't go simply because of the distance. Probably sounds weird to anyone that commutes an hour to work everyday, but I really hate driving around like that.

In another year I'll be 40 years old!

Wow! I kinda wonder if I can leverage that energy into something good. Most people do really stupid stuff during their mid-life crisis like buy an expensive car and party with younger people. I can guarantee it's not going to affect me in a 'normal' way. My regrets are not normal-people regrets.

And I also have to wonder if I'm exactly on the path that I'm supposed to be. Which, if true, is the most absurd reality I can think of. College drop out. Hardcore gaming addiction. Light drug addiction. Never worked a full-time job. Zero prospects within the soul-sucking corporate world that I rejected long ago.

But what if I had gotten that degree and a good-paying computer science job? Would I have found myself here in the middle of the cryptoverse? I highly doubt it, my life would be completely different. The butterfly effect is a helluva thing. Change one little thing about your life deep in the past and the entire branch of your future shifts. No ragrets.

There's really little point dwelling on past events. Certainly there are lessons to be learned from the past, but simply hyper-focusing on regret and wishing history was different is completely pointless. In many cases the key to these things to staying anchored to the present and maybe even engage in meditation. Clear our thoughts so that the slate can be rewritten with more a productive mindset.

So what do I actually want?

Hm, weird question. Ultimately I suppose that I want to make a lot more progress with coding and the projects I'd like to see come to life on Hive. Unfortunately I can't just dedicate time to coding. I have to allocate time to physical therapy before I'm even able to hammer out code for any significant period of time.

I also need to be less risk-averse (weird double negative). Funny considering how much I risk on crypto each and every day, but it's true. I need to spend money on things, even if they are just little things like a gym membership or a standing desk and a second monitor. Sounds like such an easy goal, but you'd be underestimating my hate for spending money. Again, I'm quite the minimalist. Doesn't matter how much the crypto scoreboard says I have. To me it means more than money. It's my reputation on the line. In any case, there are a lot of little steps I can make to get on the path I'd like to be walking. I simply haven't taken any of them yet. 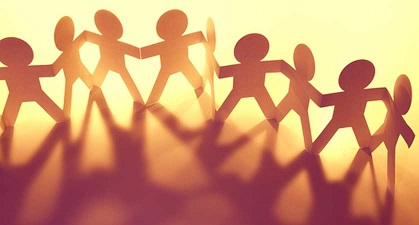 I want to see communities rise up.

I want to see the means of production and ownership given back to the people, and I think crypto is a critical unavoidable part of that reality. I want to be a part of that. I want to see citizens quit their time-vampirism jobs that pay hourly/yearly wages and come work for communities that have much more equitable pay in addition to much more equitable investments into the future.

Even just seeing pictures of Hivefest makes this entire place so much realer to me. These are actual people we've got here. It's a weird feeling that I'd never be able to describe, but I'm sure some of you know exactly what I mean. In fact the last Community Token Talk made reference to this exact state of being. There's something about meeting in person that you just can't get from text on a screen or even videos posted to 3Speak. Hard to explain unless explaining to people that know exactly what you're talking about in advance. Like trying to describe what the color 'blue' looks like. It looks blue. 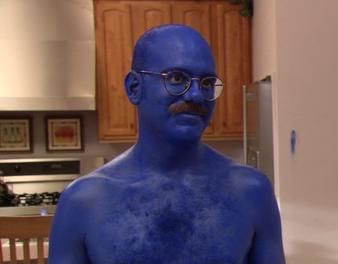 By all accounts there's going to be a lot of hardship over the next decade worldwide. While it may seem daunting at times, there's always a silver lining. It is hard to know prosperity without hardship. It's difficult to know satisfaction without struggle. The more problems we encounter and solve together, the stronger our communal bonds become. You probably don't know me well enough to realize how strange it is that someone this introverted would be talking about the importance of community. I'll never be at the center of anything. Always on the fringe.

So how do I like Pennsylvania so far? I like it. It's nice here. We tell people we moved from California and a lot of people are like, "what, why?" as if it's a huge downgrade. I guess there's a lot of romanticization going on there with California standing as a status symbol and Hollywood and everything else. I've lived in West Coast my entire life... it's not that great. Grass is always greener on the other side I suppose.

Heading into fall, PA actually has seasons. You know... the leave turn colors in autumn. There are baby animals everywhere in spring (deer, woodchucks, squirrels, etc). It snows in the winter (which some people find annoying but I find satisfying). You really don't get any of that in California. Although I don't really need talk trash about California considering how many right-wingers and libertarians that read my blog already believe it's a blue-state hell-hole. So that's fun. Easy Sell.

People complain about the humidity, but it doesn't bother me at all. I rather like it honestly. The air is thick and everything is alive here. The Poconos are a nice place. I always knew I'd end up in some low population mountain town that gets overrun by tourists every once and a while. That's another nice thing about this place. The cops are so busy making sure the tourists aren't doing stupid shit that the locals just get a free pass on everything. Very easygoing here.

A year has passed!
I feel like I need to get my shit together.
But also there's a lot to celebrate.

I always imagined that living of crypto would free people to travel and see the world. I'd be curious to hear what made you sort of settle in one place for the time being

I've never had an interest in traveling around.
Maybe one day, but I doubt it.
It definitely wouldn't be "for fun".

About the midlife crisis, weight and such - oh, how I understand you! I'm starting small, at least walking. Actifit certainly motivates me. Mentally, my friends help me. But if anything, I'm ready to go to the shrinks as well... 🤣

What month is your birthday?

California is a blue-state hell hole.
And like "1984" is an instruction manual
"Escape From LA" is also a portent.

Everyone who reads this needs to leave the big cities. Especially any that are majority blue.
Your life depends on it.

And yeah, you could have had a higher paying job (at first) and got used to the high pay and the corporate perks, and "been on your grind", but, as you said, it is also a trap.
Comfort is one of the greatest traps.

On your weight. I would suggest changing/starting with your diet.
Read "Eat Right 4 Your Blood Type".
Find out what your body really needs and feed it those.

Andddd, it may be something like, growing your own garden that really helps out your metabolism.

I am sure that they just re-upped your lease a month or too early.
yeah, that's it. That is why it doesn't seem to have been a year....

I do love that you mention right-wingers reading your blog, but also means of production and ownership being given back to the people. Hiding your liberal views amongst the words.

I'm glad you're enjoying PA. Are you and the gf doing okay?

I've also been getting back issues that prevent me from being at a computer for any good amount of time. It's tough, there doesn't seem to be an easy fix so I'm trying to put in the work now. It's so hard to tell if I'm making any progress honestly.

Hiding your liberal views amongst the words.

Hm yeah I was thinking the same thing when I reread it.
I definitely like to maintain as much left-wing + libertarian politics as possible.
It's a very uncommon mix.
Definitely backsliding into libertarian more over the years. It's so hard to tell if I'm making any progress honestly.

yeah... it really is.
sometimes for me it ends up being counterproductive and I don't feel it till like 3 days later.

Man, I can relate to so many of your decisions and way you look back at them now.

You're not alone and it will pay off long term.

And the absolute nuclear worst case scenario is we go back to full time work.

We are skilled labour and can talk.

We're in a good spot!

You are the most perfect you that you can be.

Quitting Amazon has to be in the top ten most enjoyable things in life! Unfortunately, I have "resigned" as a customer of theirs, since I heard about the working conditions

That’s awesome dude, time flies! I honestly thought you’d be a little younger than me not a bit older!

Pennsylvania and most states are decent places to live in most areas except the blue hell holes I think. Cali has some awesome spots but it’s got those large shit holes that cause everyone else pain.