Tears of the Kingdom 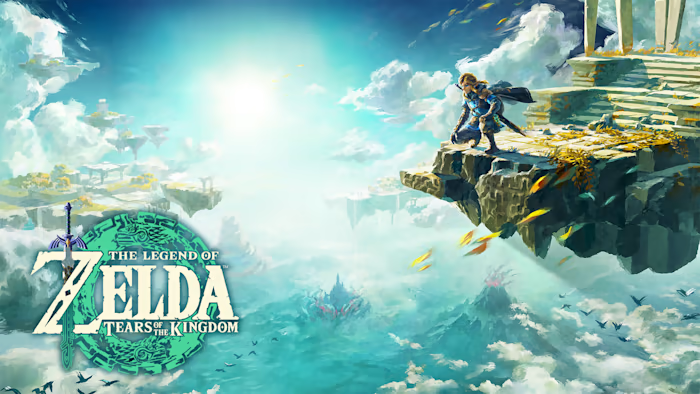 The Queen Dies and then... 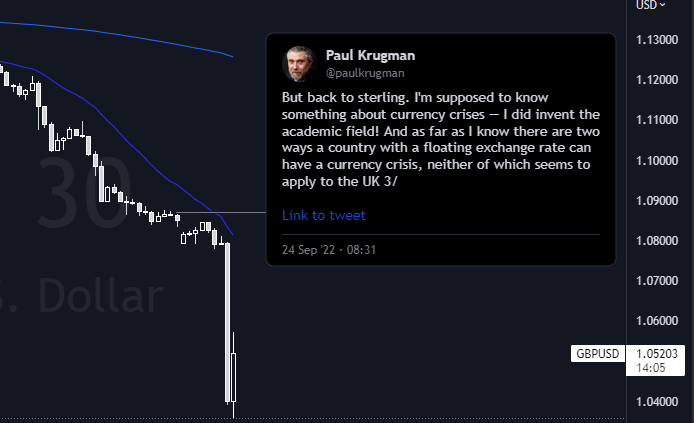 Great Britain Sterling goes crashing into the mountain against the USD? Yikes. The dollar parity is real. Now people are making jokes about "it's called soccer now", and "Good Britain". Remember how just the other week the Euro had dipped under $1? Again this is all part of this whole 'inflation' narrative. The Federal Reserve is crushing the world economy in order to increase the value of USD. Welcome to the empire.

This is a concept I've talked about a lot over the years. People who say that USD can hyperinflate? That's absurd. And I said as much with a caveat: dozens of fiat currencies will have to hyperinflate and become worthless before USD risks hyperinflation. That's just the nature of being the world reserve currency and the debt market. We are seeing that play out in real time right now.

It's wild to think that the theory of it all is actually playing out as intended. DXY just keeps making moves up parabolically. We are sucking up all liquidity from around the world and dumping the value into USD. Demand is being crushed. The Greatest Depression right around the corner.

Because the Great Depression was actually created by the gold standard. The inability to print money out of thin air ensured that those who controlled the gold and silver were going to horde it for as long as they could (because it was extremely valuable during a hyper-deflationary death-spiral). This lack of money velocity only ensured that the problem would last for many years. Economies are complicated.

The Federal reserve has been stuck on this inflation narrative for a while now, but it's obvious from the charts and DXY and the previous history of the rates and the inverted bond curve and...

SOMETHING IS GOING TO BREAK

And whatever it is, is going to be much worse than an 8% CPI. The signal is clear as day. With the Euro and Pounds cratering in relative value it's quite obvious that something is going to break so hard and so fast that the FED will have no choice but to slam on the breaks and reverse course back down to 0% interest rates + Quantitative Easing. That's when the real inflation will hit.

And what does real inflation do? It pumps our bags. The next bull run very well may be one of the biggest bull runs of all time considering the circumstances. I don't know how long we'll have to wait for it. Could be 6 months, 12 months, 18, 24, or even 30. But when it comes... lol. wtf.

What are the circumstances?

The banking sector is going to have to print their asses off to avoid getting trapped in a deflationary blackhole. There's going to be a lot more talk about UBI during this time. Free money has a way of pumping stonks and crypto.

And what does Big Tech do?

Big Tech eats the lunch of every sector that it automates and creates abundance in. In this case they'll be eating the lunch of the BANKING sector... lol. Only the biggest sector in the entire economy. This forces the banking sector to continue their "research" into CBDC and things like that, further pushing crypto along on the way to mainstream adoption.

It's so funny because any big corporation or government out there could instantly beat us at our own game and create the most decentralized cryptocurrency in existence. But they're just too greedy to do it. They just CANT do it, and that makes me laugh.

Just look at the databases they have access to. The government has KYC data on millions if not billions of people. How hard would it be to airdrop 350M Americans 1000 tokens each? Boom, most decentralized distribution in the world by exponential margins. And they just don't do it. It's very telling. Either they're incompetent, don't see the value, or are terrified of losing their power over people even though it would increase personal wealth by exponential bounds. People just don't see what I see I guess. It's weird.

What was this about again?

Ah right... GBP is wrecked. You'll notice that economist Paul Krugman is getting absolutely reamed for claiming everything is fine the literal day before it nose dived 4% on a single candle. Yeah, that's nothing for a cryptocurrency, but for a mainstream developed-world fiat currency? lol, it doesn't get much worse than that.

I remember when I was a kid pounds were always worth like $1.30-$1.50. To see it this close to dollar parity is a wild feeling. We really do have our hands on the throats of the entire world, eh? But more than that, the corruption in our governments and institutions is just an all-encompassing overarching factor here. This empire is crumbling, but it certainly isn't just going to roll over and die. The rules of imperialism are clear: if we have to suffer, you have to suffer more. That's just the way it is. I didn't make the rules.

So not only is Paul Krugman a fool when it comes to cryptocurrency, he also can't even make sense of his own field as an economist. What an epic fail. Just goes to show you that all these old farts in charge of things have absolutely no idea what they are doing anymore. The world is changing too fast and the dinosaurs can't maneuver around this new environment. Something has got to give, and that something is coming to an Earth near you.

Clown World continues. A much bigger problem than "inflation" is going to pop up very soon that will take precedence over the current narrative. This should be obvious as we can see the cracks spreading everywhere, from the inverted bond curve to a parabolic DXY chart.

And again, it's very hard to tell if crypto has bottomed. Legacy markets move faster than the economy, and crypto moves faster than the markets. We could have bottomed all the way back on June 17th, which is a topic I've already discussed, but still a weird thought to consider that everyone could look back at this time as THE bull market. This is why looking at a chart in retrospect and living through it are two completely different things.

UK economy is apparently in such a bad shape and Liz Truss began her term in office so spectacularly wrong that there is a chatter about Tories plotting another coup only months after they did the same to BoJo.

She promised a lot and it’s less than likely she can deliver. 😏

We're about the same age.
Bottom, sir? We'll see if that's the case in less than two weeks, right?

It ends when the FED says it ends.
Chokehold on the entire economy.

Luckily it's mutually assured destruction and they will be forced to stop because the financial incentives align for them to do so.

Wao, at first I thought my country was the only one having issues, I never knew this rolls down to other countries too

Your country always have issues :)

The grass is always greener on the other side ;)

Well, crazy times for this clown world. Let's get @edicted in the decision making realms of this empire already!! ;)

This is a concept I've talked about a lot over the years. People who say that USD can hyperinflate? That's absurd. And I said as much with a caveat: dozens of fiat currencies will have to hyperinflate and become worthless before USD risks hyperinflation. That's just the nature of being the world reserve currency and the debt market. We are seeing that play out in real time right now.

Small countries and their currency first.

Which nobody will (or is) take any notice of.

Of which the headlines will come, but that's it.

Then shit gets real.

But watching the GBP and my own AUD devalue at these rates, we're starting to move through the stages...

True but don't we need to assume there will be a fishtail whiplash in the opposite direction?
This in going to be an extremely long and drawn out process.
Could take an entire decade to play out fully.

Just goes to show you that all these old farts in charge of things have absolutely no idea what they are doing anymore.

Right. He must have been a straight “A” student. Only that theory can be different from practical atimes