@josediccus 79
3 months ago
Proof of Brain 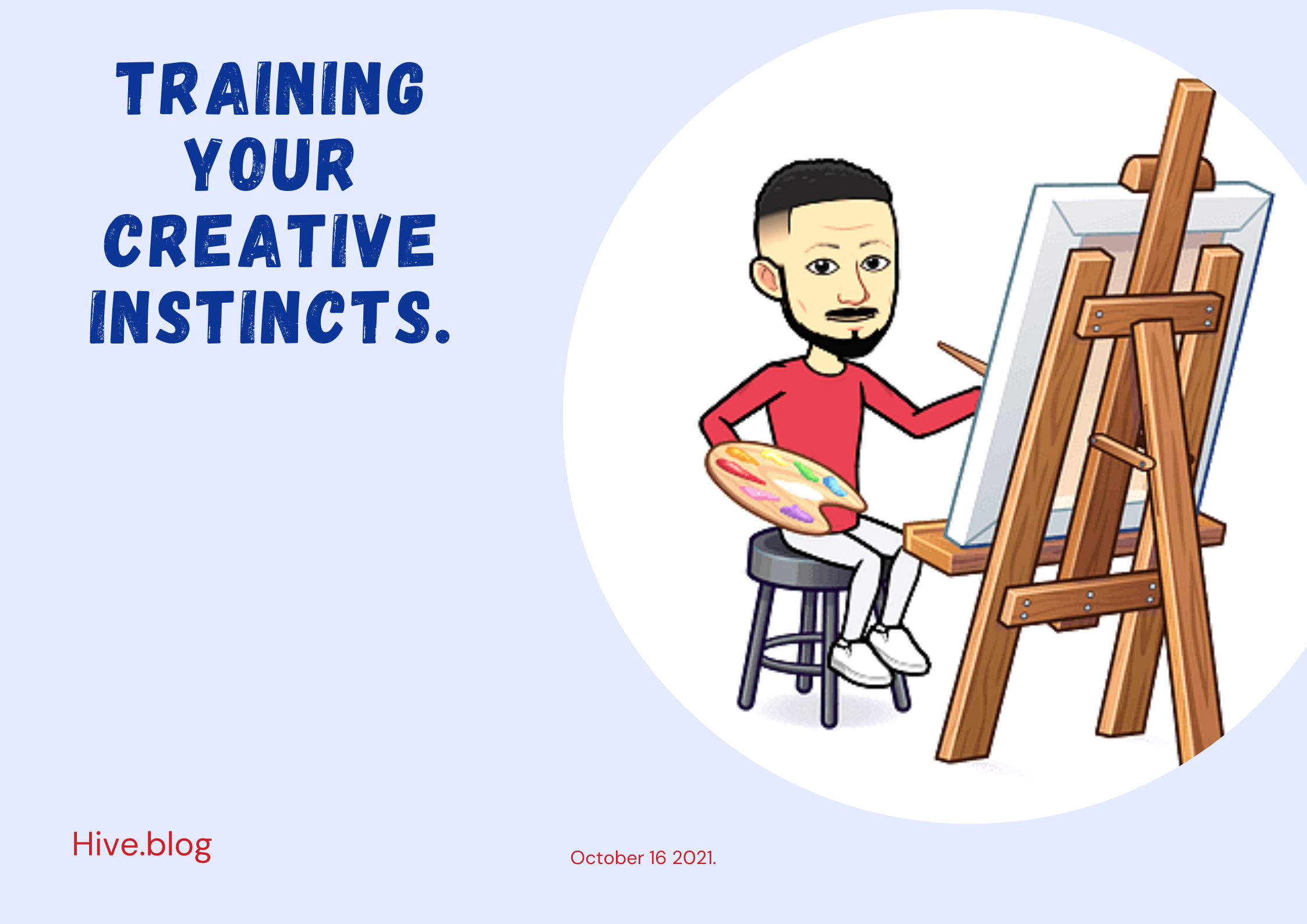 While life on its own is an inspiration to how we tend to form our ideas and beliefs, it can also become a block. One of the first things that blocks the creative Instincts is human sentiments and emotion, This isn't to say the emotions are totally worthless. For example, they make us humans. It is through them that our personalities, attitude or behavior is often showcased or expressed.

For example, one needs to be legible, logical, exposed and credible to be able to form their own ideas from an already made idea. This is why one must firstly cultivate exposure as a tool to sharpening their creative Instincts. People become vast, learned and schooled not Just by depending on their abilities alone. It is where education comes in, the aspect of seeking a degree. A lot of people create a framework or structure to how they want their lives to be immediately they go to college.

This is because they are now faced with responsibilities, deadline, having to learn and assimilate different things, exposure to new social-cultural lifestyle, which they'll have to choose whether they'll inculcate or denounce. However, only a few people take advantage of these difficulties to create a path or an opportunity for themselves.

This is why experience and exposure enlightens people. Exposure is what actually takes away ignorance and instill a sort of awareness, while experience is what shows or tells or makes you aware in mostly the first person's point of view. This is to say that exposure unbalances ones original position in many ramifications and brings experience which in turns makes people knowledgeable, schooled.

The college experience, for example, brings people to speed about the need for things like financial independence, it creates s clearer picture of what life is on the outside. For young people, it makes or Mars their ability to handle undiluted Freedom, either rightly or wrongly. Most college experience for example is packed with the good, the bad and the ugly but different people with different backgrounds, tendencies and behavior will filter the experience they prefer and this is why some people come out losers in an open narrative and the same comes out winners.

So, college experience is something that sorts of opens us to the creative Instincts of people. Whether it's how to handle a difficult course, forming a creative scope to handle the issue of insecurities, or even forming a unique way to spend less for more, or is it having the mindset for business opportunities as a result of spotting a lack or need that might become profitable. 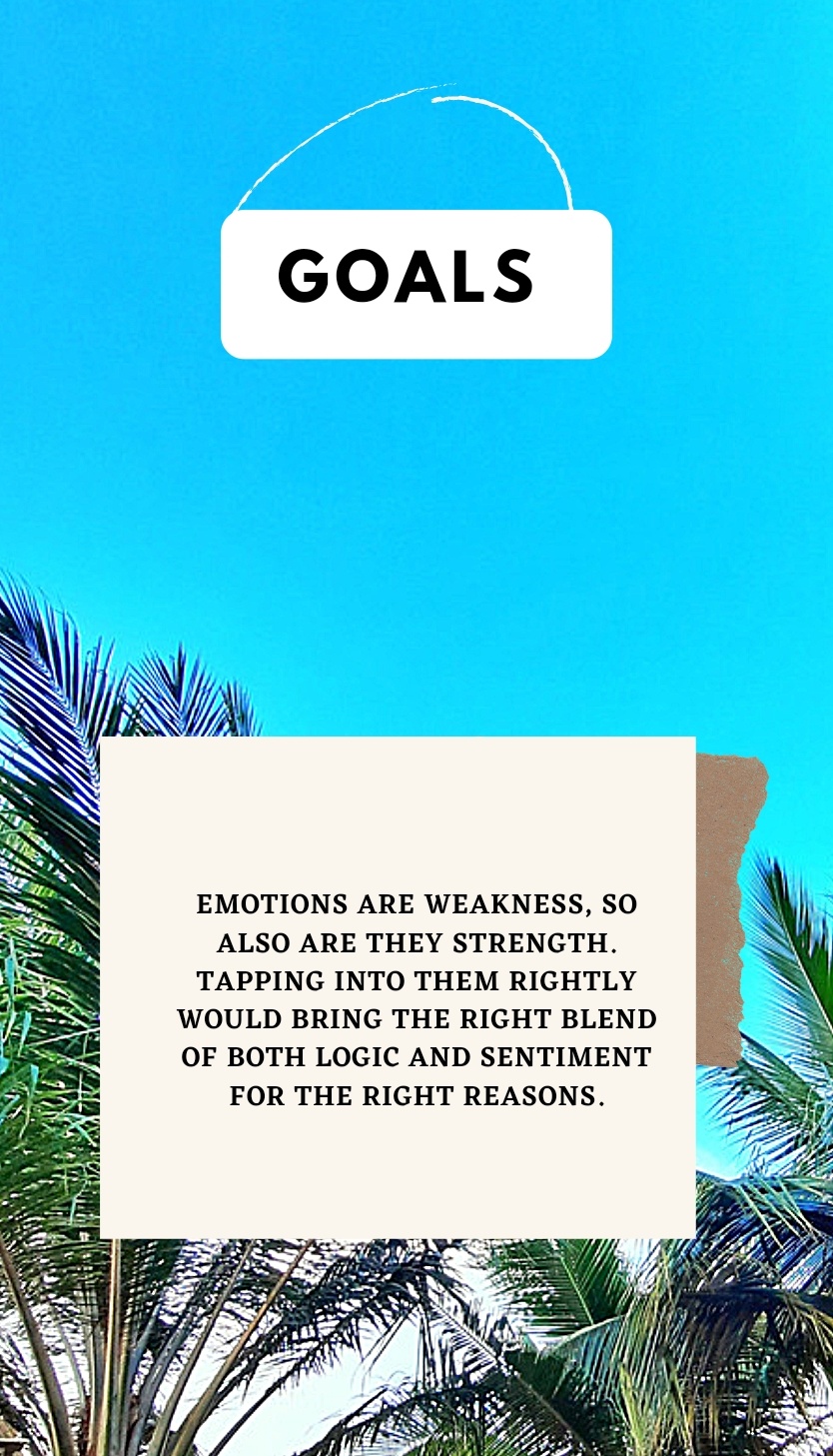 Another thing is, people allow their emotions to block their ability of reasoning. In the first place, it's important to know whether one's emotions are placed rightly. This translates into the fact that the wrong emotions towards something is only bad energy because it is simply baseless and devoid of the right intents and this is why at all time, people should constructively scrutinize their emotional tendencies, know if it's rightly channeled or not.

Emotions are weakness, so also are they strength. Tapping into them rightly would bring the right blend of both logic and sentiment for the right reasons. This is to say, we sometimes need our emotions to act, but we might not need them to think or place judgement to issues that are important as well as dicey. We however need that human factor to whatever decisions were making in life.

Training one's creative tendencies might be totally difficult, and there are so many reasons why. Every day, we go through new exposure that taps into our resolve and rearranges our faith, belief, ideologies and set knowledge. We learn and relearn and sometimes unlearn. This is how we tend to form uniqueness in a world of diversity and variety. Life is spiced up with untapped opportunities, but people are often blind to it because of the lack of the right exposure. No one is exposed by default.

The most creative people suffer strains of unproductivity, but they mitigate this by being a better version of themselves each and every time they're out of their bland episodes. At the end of the day, it's important to curtail and channel one's emotions correctly, letting it influence one correctly as it can become a deciding factor to how creatively inclined we can become to changing our lives for the better.

Circumstance Or Self Induced: How Do We Generally Lose People?

Financial Literacy For Beginners & The "Unaware"

Lessons To Learn As A Potential Nigerian Migrating To Another Country.

Buying Education; Missing Out On Knowledge (Ignoring The internet As An Important Learning Tool) [Part 2]

My name is @Josediccus, a young Nigerian entrepreneur who is a Vlogger, A Psychologist, Poet, Sports Writer/Analyst & Personal Finance Coach. I'm using my contents as a process to create shared meaning as well as create expressions through which people on/off hive can relate. I believe content is a process to be enjoyed and relished and I'm up for any collaborations in my field stated above. Cheers

I'm hoping to reach more people who are broken at heart and spirit, so share on any platform or reblog

I believe self determination, courage and focus too helps in promoting ones skills in achieving goals in whatever stuffs they are into, knowing fully well that it won't be easy but it's going to worth it

Well that's another way to put it too. this is just one aspect to it.