The Biggest Mistake Throughout Cryptocurrency

@taskmaster4450 84
about 2 months ago
LeoFinance

This is an observation that is based upon most of the cryptocurrency industry.

Here is a simple question: why do projects want people to get rid of their token? When they tell people to do this, why are they surprised when the price falls to the floor?

We will delve more into this in a moment.

Of late, we discussed the idea of value capture. Cryptocurrency allows for the capturing of value, monetarily, in areas where it was previously not possible. For example, this can help us to quantify the value of social media activities. Expanding upon this concept, companies could tokenize their social layers (utilizing social tokens) which could potentially rival the equity stake.

All of this was not seen before.

Of course, we have to go back less than 200 years to realize that equity stake was unknown to people also. The emergence of the corporation tied to the building of the railroads in the United States really changed this. Offering stock to European investors was a novel idea and, I am sure, a hard sell. However, whatever struggles the new form of ownership took, it ended up excelling as evidenced by the totality of the global stock markets.

Cryptocurrency allows people to have stake. This could be in a project, protocol, DAO, blockchain, or community. Much of this did not have the ability to offer distributed ownership before the emergence of this new mechanism.

So going back to the original question, why do project teams and such want to people get rid of the token? 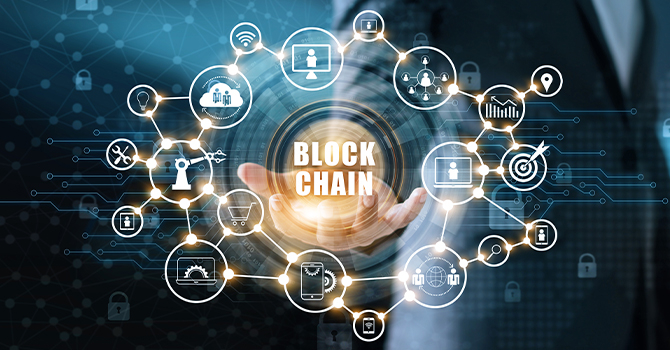 Use Case Vs Value

Many get involved with a coin or token and then ask, "what is the use case". They want team to build use cases. Yet, for some reason, they want the price to go up.

How can the price of anything go up when the people holding it are asking for a reason to get rid of it? At the same time, why do project teams promote they idea they are building many different reasons to dump their token?

It makes no sense yet this is exactly what happens throughout much of cryptocurrency.

Let us point to some real world examples.

What is the use case for Apple stock? The obvious answer is nothing. When we talk about numbers on a screen, this literally is the case. One buys some shares and the quantity owned appears in the account with the brokerage house. From then on, it sits there. Sure the price can go up or down depending upon the market. We could also see the situation where dividends are paid. Finally, there is often some governance tied to the ownership stake, allowing for the voting on certain matters.

In spite of this, Apple stock, as a whole, is one of the most valued in the world based upon the market.

Now let us contrast a currency with plenty of use case.

How many places accept the Venezuelan Bolivar? It is likely there are millions of places in that country which will accept it. At the same time, you can give it to any Venezuelan and he or she would take it. Compared to anything in cryptocurrency, the use case for Bolivars are off the chart.

Of course, we know the value of it is in the toilet. This is one of the most noted pieces of toilet paper out there. Against almost every currency it has dropped like a rock. The purchasing power of it is a fraction of what it was. Overall, this is trash.

But it does have use case.

It is safe to say that people are very quick to want to get rid of this currency.

Value Capture Vs. Medium of Exchange

The world "currency" in cryptocurrency is likely what throws people. In fact, it causes more confusion than anything else in this industry.

Most cryptocurrency should not be thought of in those terms. Certainly, it is digital, divisible, and easily transferrable. That said, viewing it as a medium of exchange is a mistake.

In fact, for most, the word currency should be eliminated. Stablecoins are the medium of exchange that projects should incorporate. Obviously, there are some challenges in this area since much of that is so new. However, over time, that is what people will utilize to transact. We are going to see trillions (in units) of stablecoins produced which will allow for the powering of the digital, and perhaps physical, economy.

With the rest, it is best to call them crypto-assets. This is really what they are. Their design is mostly to capture value. Here is where green candles, price go up enters. Yet, it will not happen if teams are responding to the calls of use case and, inadvertently telling all to get rid of the token.

There is a concept called price stability. The couple years saw this turned on its ear. We saw 40 year highs in the CPI, causing a great deal of pain. At the same time, most currencies moved down to a greater percentage against the USD.

It should be evident how important this concept it.

Again, this all goes out the window when it comes to cryptocurrency. We want use case while also desiring a 100% or 200% increase in our crypto currency. Do you see what this does to price stability? Of course, the natural answer is "great I can buy a lot more". This is true except for the fact that in the non-imaginary world, markets can also push the price of assets down 60%, 70%, or more. How is that for price stability?

The projects that view their tokens as crypto-assets are given a leg up. Because of this, they understand the path forward. For years I pointed to the fact that most things are failing because teams are monkeying around with tokenomics and not applying basic business building principles. The validity of this assertion is evident in the results. Years later, even with the best tokenomics, how is the value of the project or platform?

Here is one of the powerful characteristics of Hive. It has both a value capture coin (crypto-asset) and a stablecoin for transactions. This is offered to anyone building on Hive. Incorporating the stablecoin as part of the payment system is a breeze since it is base layer. Of course, if enough do this, it will feed into the value of $HIVE, the value capture mechanism.

Hive even excels in the fact the coin ($HIVE) is used for transacting with the chain yet is not "spent". Think about that for a second. Hive is not saying "get rid of our coin". Instead, even to engage with the blockchain, it is telling everyone to HODL. This is the genius behind the resource credit system.

Overall, advocates of Apple are not rushing to get rid of it. At the same time, the company is doing everything it can to promote the idea of HODL. In short, the view is that Apple stock will be work more in the future than it is today. That is what long-term investors follow.

Why aren't we applying that to cryptocurrency? How come we are bombarded with teams telling us all the use cases for a coin or token? Even worse, why are we asking for it? Are we masochistic and desire the value of our holdings to go down as people get rid of the asset?

Mark my words, the biggest winners will be those projects with coins or tokens that realize they are dealing with a crypto-asset and approach all they do from that perspective.

Hive is building value which is captured in that coin. The Hive Backed Dollar should be what every project team is looking to integrate for payments. Let the unloading of the coin take place at that level.

Use the project token as a crypto-asset, and focus building value on that.

@poshtoken 82
about 2 months ago (Edited)

@pixresteemer 70
about 2 months ago

Excellent write-up. So long as people are looking for a store of value, it will never be used as a medium of exchange.

Yeah. It gets even worse when they dont want store of value, they want price appreciation. They want the price of the coin to skyrocket.

I think crypto asset is definitely a great term. I was going to write something about not understanding why people consistently power down and sell their stake. I got halfway through typing it and I realized I could very easily be one of the people you were talking about earlier. Purely looking at the monetary value of the token and not the intrinsic value.

You are talking about price versus value which Buffett summed up by saying price is what you pay for an asset, value is what you get.

The value of $HIVE, in my view, is much greater than the price right now.

I totally agree with you on that one. I feel the same way about WAX too. Both tokens are very undervalued given the utility they provide.

Your article has better observations, I read it with pleasure, thank you

Interesting perspective but actually the reality of how we treat cryptocurrency, I think we tend to place a lot of focus on tokens or coins mooning which in turn results in dumping.

That is what markets do. Pump and dump especially where the only basis is hype.

Shifting the perspective from seeing crypto as more than a currency is what most people haven't achieved yet. The old thinking still holds true despite knowing that this is a new technology that can't be limited to just that

Understanding the asset aspect of things isnt something discussed often.

I think it is underestimated within the industry. Everyone is looking at use case and price appreciation. They actually contradict each other.

HBD will put Hive on the map, any business or form of payment needs a stablecoin and we might have the right recipe for that.

For $HBD to be effective, we need the value (and market cap) of $HIVE to be there also. It isnt exactly one without the other.

I believe the value that HBD brings to the ecosystem is enormous and we can leverage it for a great deal more value.

It's always fun to know that people see things in my perspective, or should I say "generally informed"?

Cryptocurrency, this best fits stablecoins, the rest are crypto assets, "crypto" there simply represents the algorithm that it operates upon, "cryptography".

Yeah we could call it digital assets too if we wanted although that could be more encompassing than what we are talking here, ie tied to blockchain.

There is another ownership term we could apply here as a parallel but I am avoiding it because the SEC already views all of this as a security.

I could guess a couple but I doubt I'd hit it.

Do you know that you can earn a passive income by delegating your Leo power to @india-leo account? We share 100 % of the curation rewards with the delegators.

BUY AND STAKE THE PGM TO SEND A LOT OF TOKENS!

Get potential votes from @ pgm-curator by paying in PGM, here is a guide

Thanks sir @taskmaster4450 I’ve learn a lot with this post.