Hello Guys... How are you today?

In the past few weeks, I very often find flying animals that are often with us in daily life, like any other day, I only see butterflies from their beauty, but today I pay attention to their wings which are always useful for life them, have you ever noticed their wings are used to fly in the air? 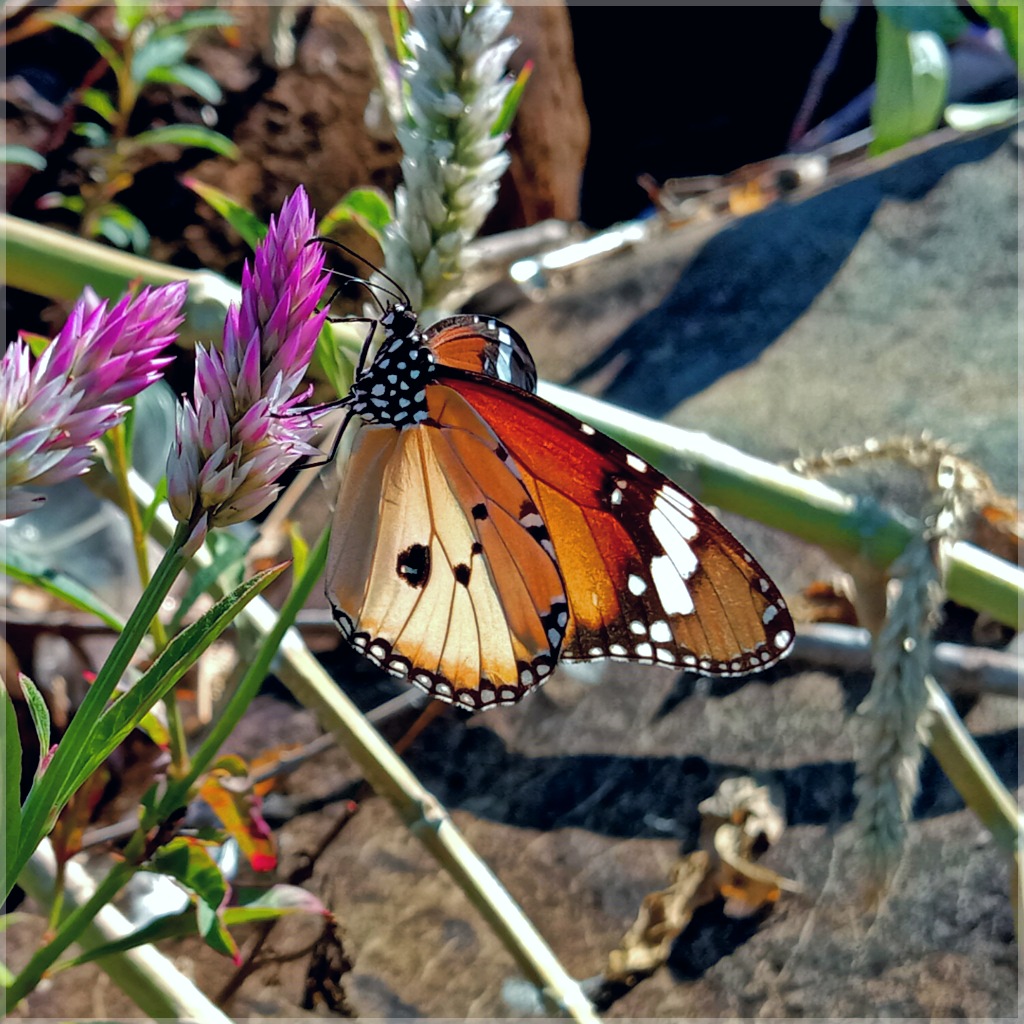 When you see the wings, then remember and cross one's mind whether he is like an airplane that is both in the air?

At first glance they are almost the same, both have the power to adventure in the air, but what distinguishes them is in terms of the distance they can travel and that is also according to the type or strength they have.

As mentioned above, that they both have the ability to be in the wide air by flying, of course, have wings for butterflies, while airplanes have other strengths that are found in the engine and other supports. 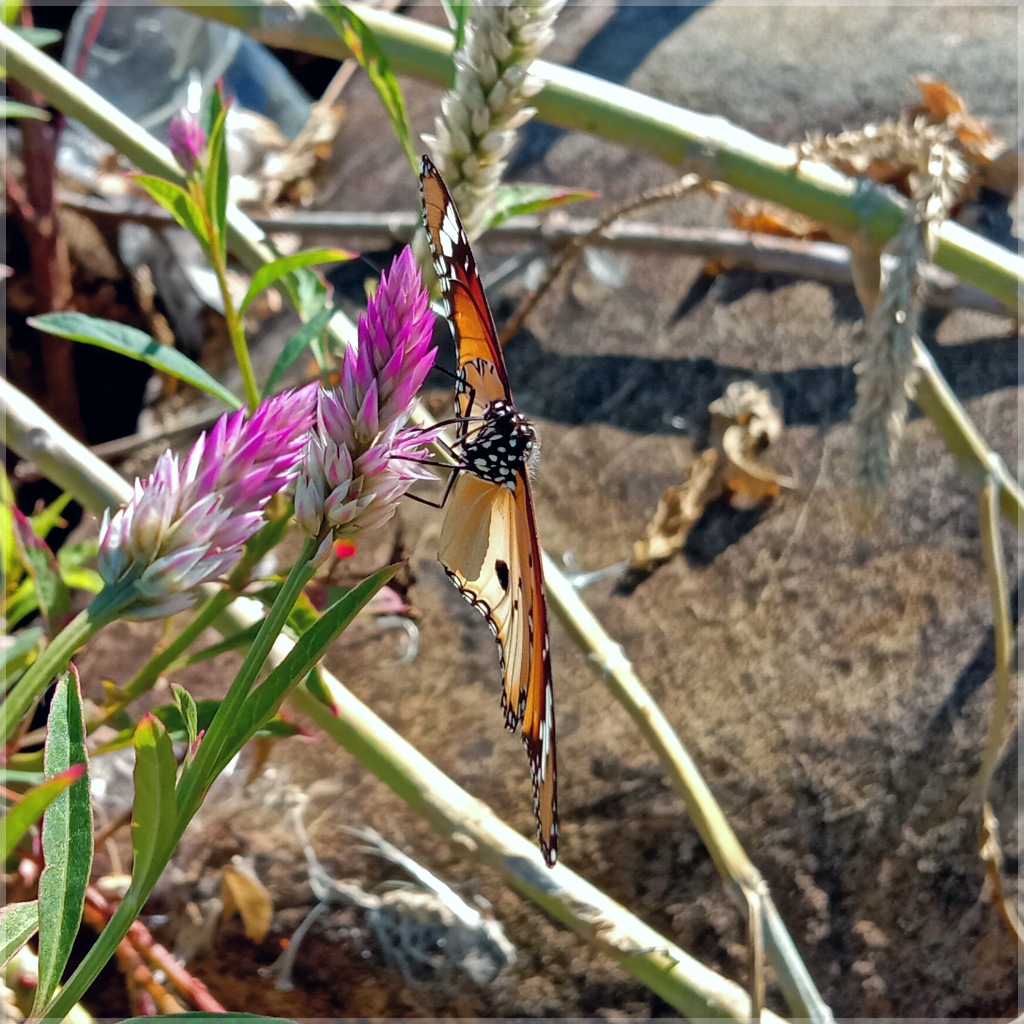 It turns out that several things are different, namely in terms of the shape of the wings.

The plane itself has wings that are small when compared to its body, but it has the right balance, of course this is influenced by the wings and several other important components that are owned by it.

Support is also there from the greatness of the engine it has so that it can create a strong thrust in mastering something in walking in the air, this is what experts understand very well in this regard, while we only pay attention at a glance, although and sometimes the answer is close.

The conclusion is that the plane can fly in the air thanks to the engines and wings neatly attached to each aircraft itself. Then what about the butterflies? 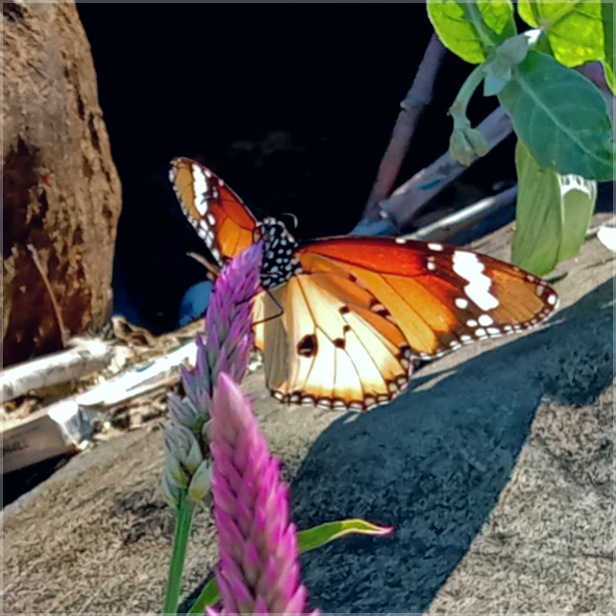 Butterflies themselves also have wings but inverted from the profile of the body of the plane and each of them is different. The butterfly itself has two pairs of wide, layered wings and its body is so small that when we meet it we see two pairs of amazing wings both in flight and when perched on a flower spreading its wings.

Butterflies also have strength and also have the power to fly that comes from the regular flapping of their wings, but whether the butterfly flies by relying on its wings or also has other strengths is in its body.

It can be seen that when a butterfly flaps its wings it means that it is blowing the wind, thus creating a hot air balloon, call it a spinning hot air balloon. So that it serves to swing its body and wings so that it can lift its body into the air, so it always uses a hot air balloon and is able to carry its body quickly and float in the air. 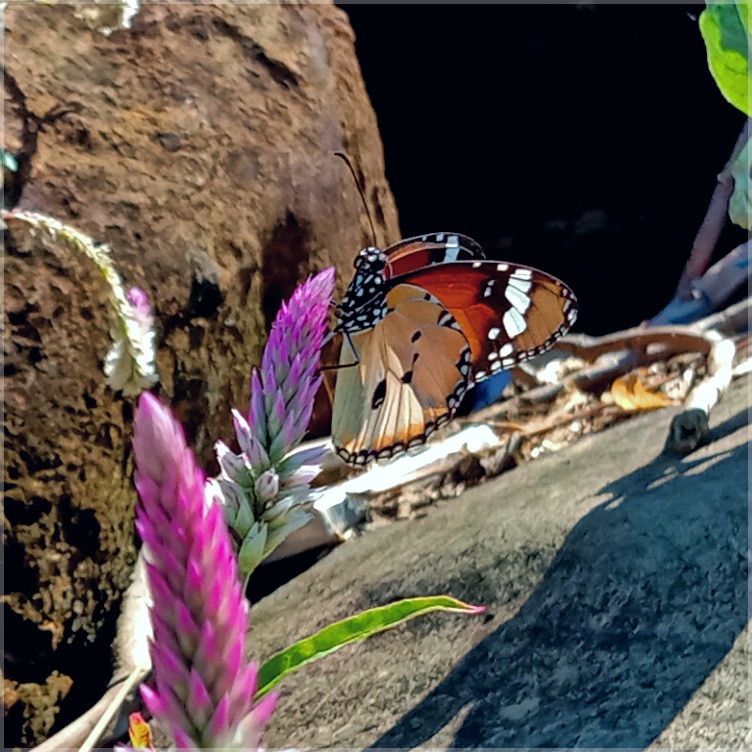 In simple terms it can be said that the wings are cupped when the butterfly pats them, thus making the movement of the wings much more effective. This is an elegant mechanism that is far more advanced than anyone could ever imagine and it is a very interesting thing about the performance of the butterfly in trying to fly and soar through the air or in times of urgency when being hunted by a predator.

But is that explanation accurate? Or not, I myself pay attention to it from the perspective of the eye, not scientifically, maybe experts have different descriptions of this. If it's different or the same, that's just what I thought about observing it a few days ago.

I also assumed that, when I tried to catch it and place it in right ear, of course the butterfly would escape the ambush, and eventually succeed, so I felt the motion of a spherical wind blowing in the ear canal. Finally it is known that the source of the calm comes from the movement of its wings that take advantage of the wind. I concluded that he used the wind to float in the air naturally. Then slowly and precisely he disappeared from sight. 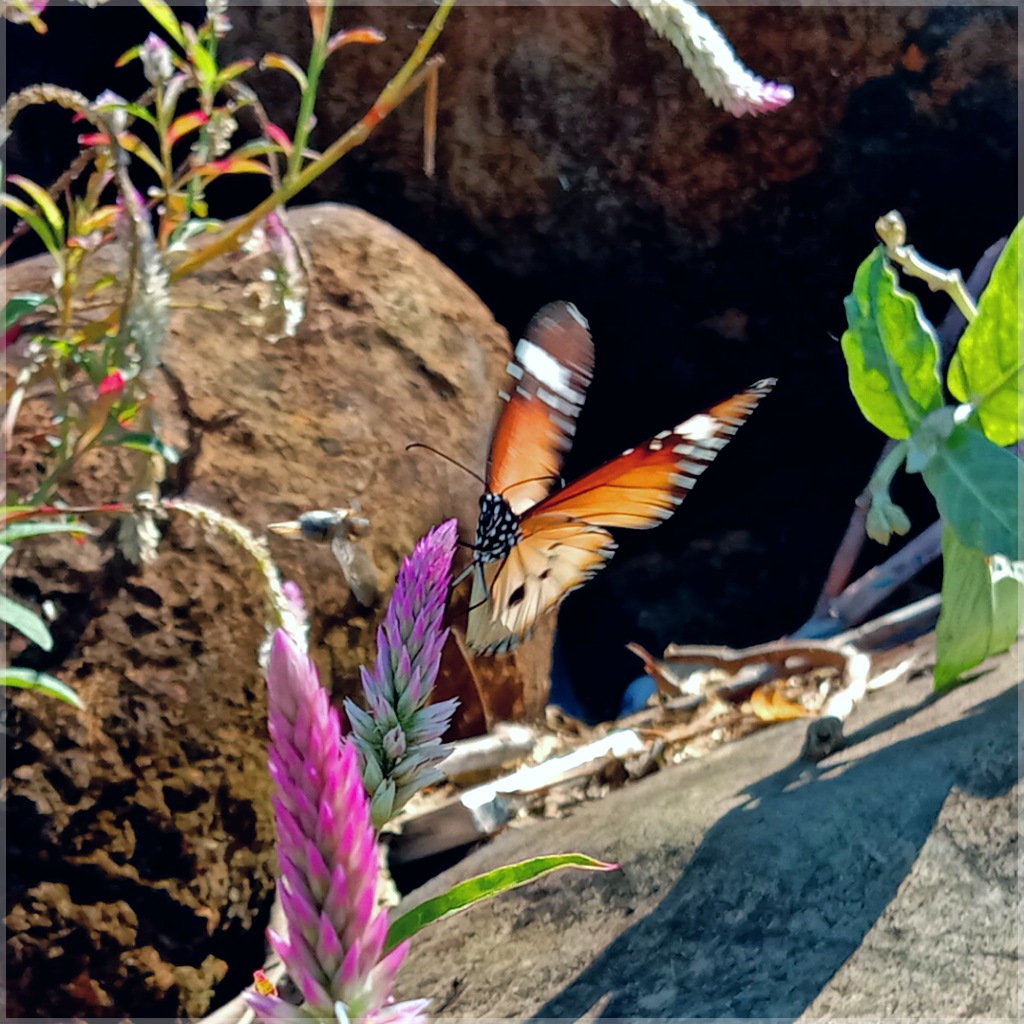 In my view, the butterfly technique and the bird technique when trying to fly have differences, although the goal is the same, the difference is when starting the initial flight. For example a bird, it will use two legs to press it to the ground and then fly then flap its wings and then use the wind as in the explanation of the butterfly itself (as in the explanation above). So that he is able to float in free air and so on.

While the butterfly also has several pairs of legs, but they do not function to press to the ground because the legs are not as strong as the bird's feet in supporting its body weight when it starts to fly, but the legs of the butterfly are used to attach to any fine feathers on the legs of the butterfly that clinging to the leaf surface upon landing (not yet starting to fly) will become strong and sturdy when the feathers stick to each leaf surface, whenever the butterfly wants. The smooth feet will continue to cling tightly to each leaf leaf surface or the surface of an object. This is often done when occupying or leaving each stop and journey when they want to move and rest. 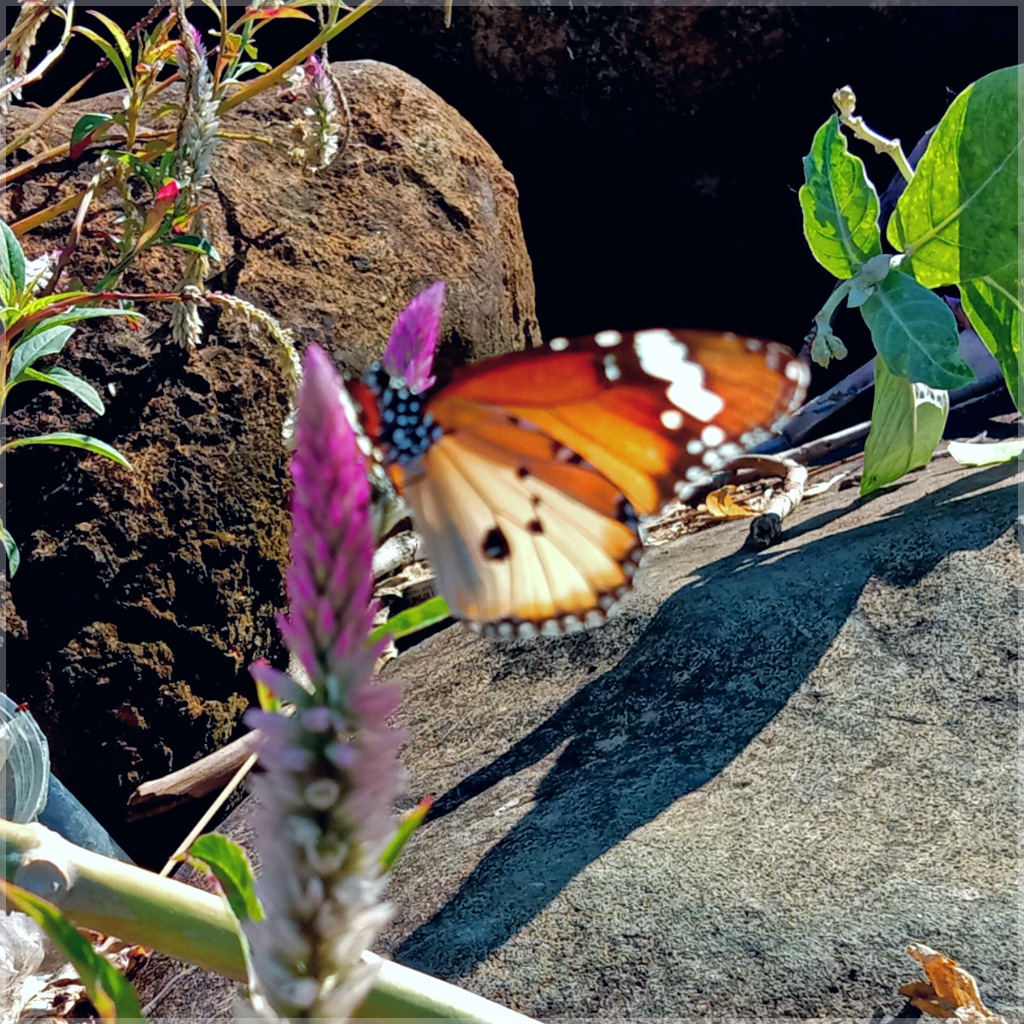 But, I don't know.... It's a miracle for a weak animal that excels at other things, as in traversing every wish it desires.

He is a butterfly, a flying animal whose physical body is weak and also has a short lifespan, but he is able to do something extraordinary, namely to fly on two wings.

Description or explanation of writing and photos

Thank you so much

@photophile 64
over 1 year ago

Hi, I have manually curated your content as you have posted a photo that I found interesting. Your post will be included in my Photophile series of posts in my blog. Keep on sharing great photos!

Here's a slice of !PIZZA for you!

@pizzabot 57
over 1 year ago
Connect

@soehada! I sent you a slice of $PIZZA on behalf of @photophile.