Get ready for the coming storms

@julescape 67
about 1 year ago
Informationwar

Some of the hottest temperatures for the region in modern recorded history are being felt in the western half of USA this week. Records are being broken as the heatwave comes particularly early in the summer season this year. This is adding to the historic mega drought occurring there, the worst in 1000 years, if some are to be believed. This will severely impact food production as crops are hit. The knock-on effect could be concerning for a nation under strain on all levels now. 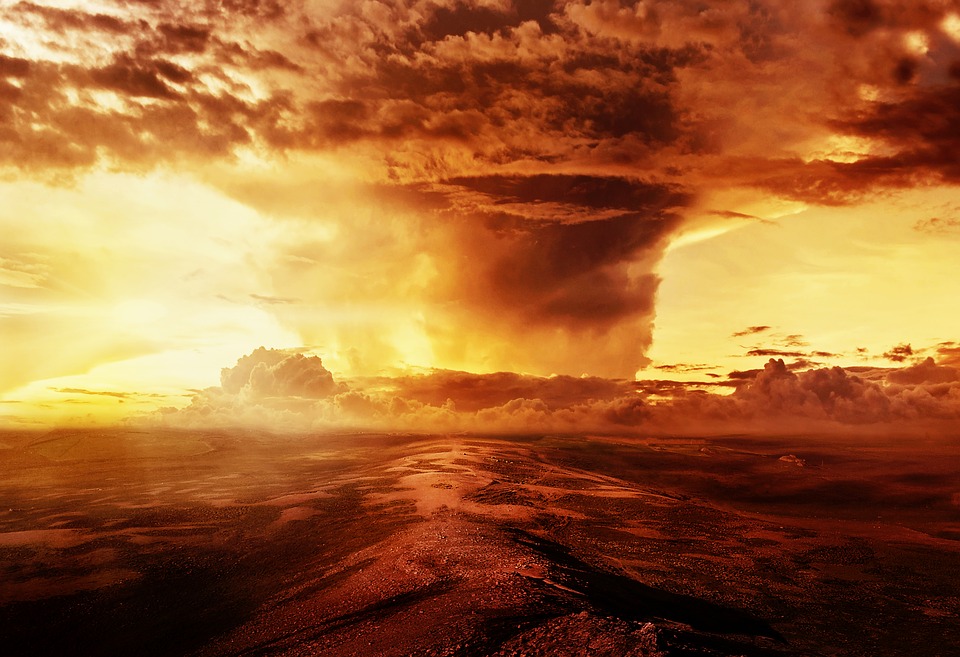 China also suffers severe record breaking floods for a second year in a row. China also lost much of their food production and imported the rest of the world’s supply. This entire food shortage could escalate this year. We all see prices climbing daily. It could be correct to say that humanity is taking more severe strain this year that last. As if the collapse of society intensifies by the month.

On multiple levels including health, climate, economic and social, our lives are being impacted severely. The top elite don’t really feel the strain as much as the vast majority of the poor masses. Now the middle class are also being squeezed. I can see why the WEF told us that by 2030 we would own nothing. I don’t know about the being happy part. The engineered social plans look very much like the “totalitarian tiptoe” playing out.

Little by little our freedoms are taken away until we forget that we even had them. Already we are under the tightest limitations of freedom in my lifetime. I don’t see much let-up. I do see fallout of the most deadly kind from the vaccine roll-out though. Injuries and deaths from the vaccine are piling up to such a degree that it’s surely common knowledge by now. Thousands have died or contracted covid since taking the vaccine, which is not even a vaccine in the true definition of the word.

Add to that the idea that we have two or three mauling bears, the superpowers, pawing at each other, growling and feigning attack, for example as China flies 25 jets over Taiwan, which just happens to be the only place in the world at present that is able to manufacture the advanced semi-conductors needed to run many new cars and modern tech. I believe the war has already begun and behind the scenes cyber war in the form of espionage or hacking is going on.

The old king of the jungle, USA, is ageing and waning in power whereas the new alpha in the form of China is rising to power. Ironically China is an older nation and has been planning to return to former glory for decades.

Now that the opportunity arises, the contender pushes for power. But both are handicapped by climate, food and technology constraints. The outcome of this under cover war is uncertain. So much double dealing and intrigue regarding the real motivations and loyalties of all people involved continues to result in uncertainty. The secrets run deep and the state just as deep. Who knows what is really going on behind the scenes on the world political stage?

What we do know is that heat waves, drought and floods are hitting the ground hard. About to join them is a particularly heavy hurricane season for the USA. Life is going to be under strain for most of us in one way or the other as the year plays out. Threats are increasing and freedoms are decreasing across the board.

These are the times when our resolve is tested and we need to have our material and spiritual priorities clear in our mind in case of any eventualities. Basically we are looking death in the face. Any day could be our last. We need to have made peace with our selves and our makers, so to speak. The time for complacency is over.

Have a plan B in case of emergency situations arriving. Each situation is slightly different among all of us throughout the world so we have to do what we know is our specific practice toward being ahead of any incidents that may occur on the ground.

The eve of war may not be very loud or close to our borders. It may be in cyber space or via the grid. We are more vulnerable than ever before as a tech based society. Have your backups ready and plan for the worst as you hope for the best. Times are definitely more uncertain and vulnerable than in the past decades. We are perhaps lulled by decades of the easy life as a western civilization. We have never seen war, famine and drought. Well it is on the horizon at this rate, so use the last of the good days to prepare for the coming fallout. It could be sooner that we think.

You're right and many people still don't see it coming. I've got a lot of food stored, but not enough to last me a long time. Not prepper level. That's probably what we should all be kind of trending toward, though. At least I know how to grow food. I know how to preserve food, too.

The silver lining may be that this is our only chance for restructuring some things. If life falls apart, it may be possible to put it back together in a more meaningful way. Get people interacting with their local farmers and things like that.

People today depend far too much on large corporations and food systems to get their food to them. When that shuts down, it'll be chaos for a while, but some will find ways around it. Humans have been through worse and we're still here!

Hey there good to know you are also aware and prepared at this stage. Yes our reliance on the supply chain on local and international levels has really taken away our sovereignty and self-sufficiency. Any crisis now could really test our capacity to survive. Fortunately some of us are able to ride out the storm.

@pizzabot 55
about 1 year ago
Connect

@julescape! I sent you a slice of $PIZZA on behalf of @sharkthelion.

Congratulations @julescape! You have completed the following achievement on the Hive blockchain and have been rewarded with new badge(s) :