ashleykalila in Proof of Brain • 3 months ago

One of the first things I noticed when I start posting on POB is that there is barely any marketing outside of Hive about POB.
And that's such a shame! 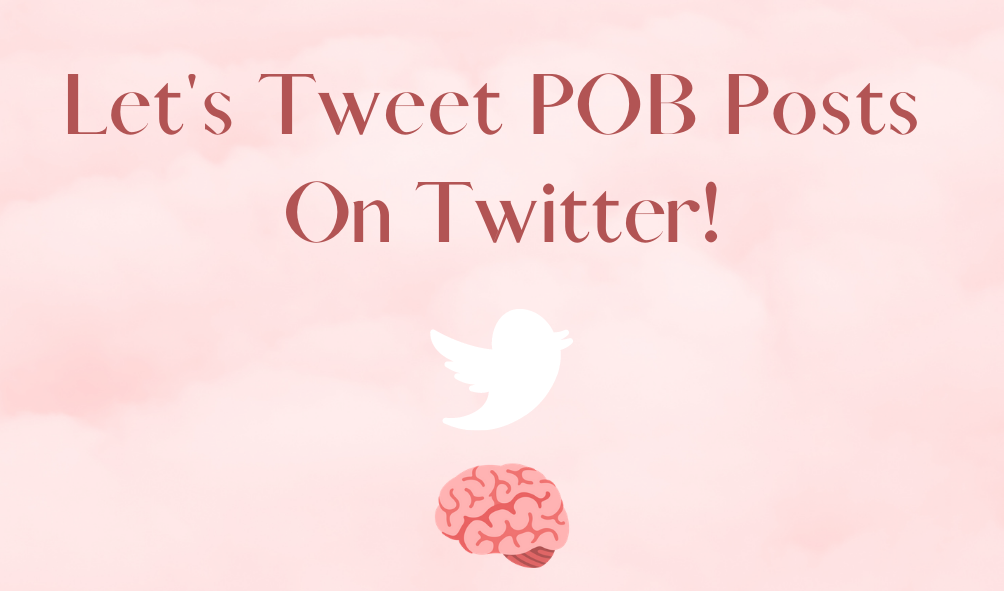 If we are to grow as a community (and hopefully as a standalone place), we need to find more ways to get people onto our platform and using it! Of course this process is going to be more organic and will take a while but taking small steps as a community can go a long way in the future.

It's inbuilt in my own system to post my POB posts to Twitter so I thought why not do it for other writers on POB too?

So I suggested it in the #suggestions channel on the POB Discord. 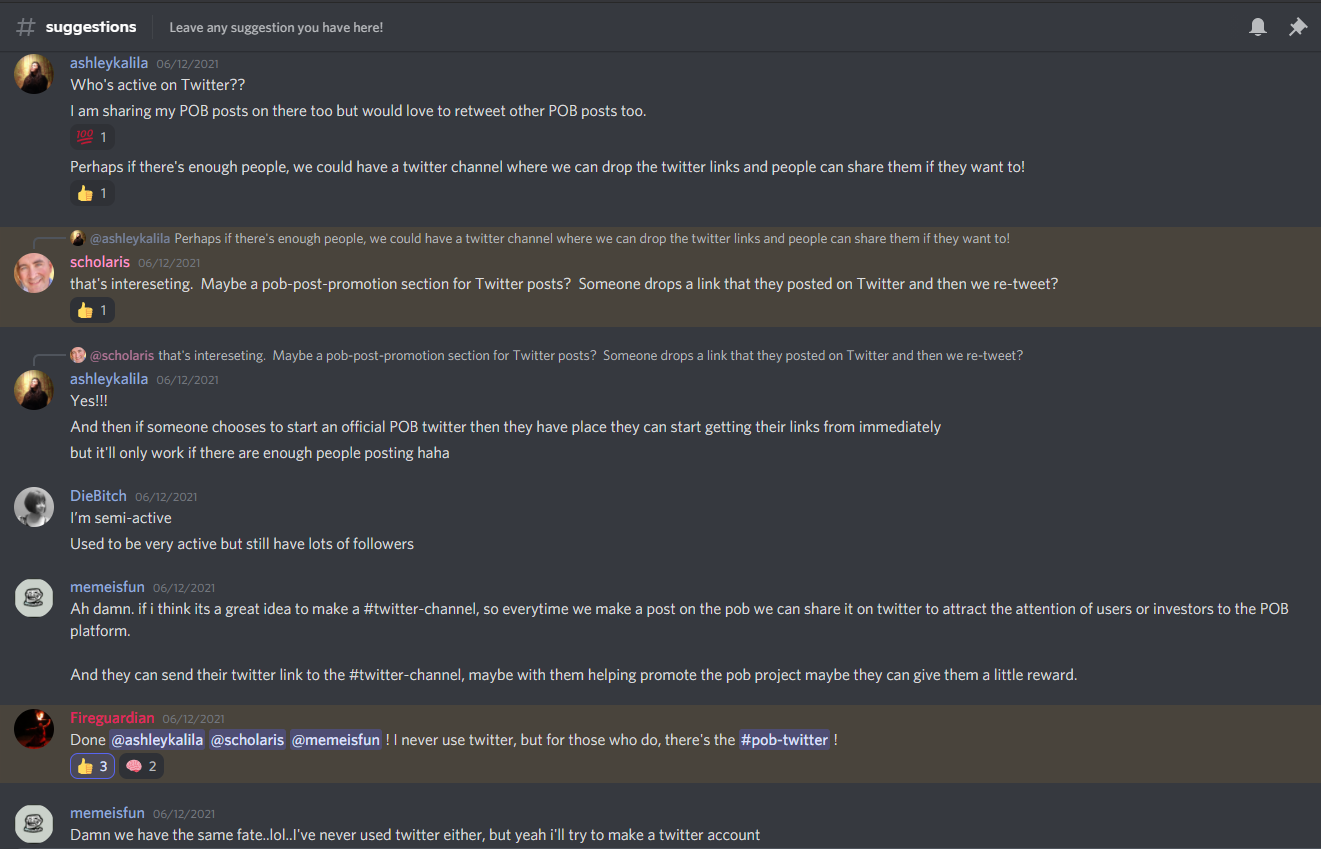 And then the #pob-twitter channel was born! Thanks @fireguardian for creating it.

You'll find it under the Posts,posts,posts part in the server. Good to see that @absolutfreedom started using twitter due to the channel being made.

I've already retweeted some tweets by @vempromundo and @wiseagent.
There haven't been many posts made yet but this is just the beginning!

So start sharing your POB posts on twitter and link them in the server!

Let's follow eachother, retweet and start interacting on Twitter too.
The more activity around POB, the better!

I love this idea,i wish my country as not ban twitter I would have also be part of it

You are right.. in other for others to know more about POB it is better we share on social media. Although in Nigeria here we can tweet POB on twitter because our Federal Government has banned us from doing that. But it doesnt stops us from posting it on other social media. By doing this, more people will know more about POB and as a matter of fact i think that can even help to give more value to POB in the market

Is there a social media similar to Twitter that is available in Nigeria?

I believe there's a roadmap for marketing, so I also feel it'll be included somehow in the roadmap by the team. Twitter will be an amazing prospect for POB

I've hit a few POB posts with Twitter but honestly I have a set of about 10 social sites I publish all of my posts on besides Twitter which actually bring a decent amount of traffic. Every single person here is a marketing machine and has the potential of getting new people to interact with their content (granted the onboarding is pure trash at the moment)

Mind sharing where you post? :) It could inspire us to create more of this channels on Discord.
PS. Still want your POB text divider? Let me know!

Twitter is an important window for the crypto world, probably the most important.

A bit of POB sponsorship on social media can only do the project well :)

A bit of POB sponsorship on social media can only do the project well :)

I think I've been using the tag - #ProofOfBrain - since my first post on POB. This certainly helps with project visibility.

Well done!!!
You are very consistent with posting on Twitter so that definitely helps :)

It's a good idea. I wonder if we can monitor for its effectiveness over time. Not sure how to do that other than manually checking each tweet.

The marketing rule of 7!

The Marketing Rule of 7 states that a prospect needs to “hear” the advertiser’s message at least 7 times before they’ll take action to buy that product or service
Source : https://www.krusecontrolinc.com/rule-of-7-how-social-media-crushes-old-school-marketing/

I see that sharing POB posts on Twitter is part of the marketing rule of 7! I think we can't specifically measure it but it will add up in the long run :)

Of course holding polls every now and then, asking people how they find POB wouldn't hurt!

I wonder if we can monitor for its effectiveness over time.

That would be great!

Thanks for your article!
You have a lot of great idea and you shared them to POB community and make it happen.
Really appreciated your contribution of POB and Hive! @ashleykalila

This is a nice idea, collective effort to share pob in Tweeter is great idea.

This is really a nice way to get POB and hive to the outside world. Sadly I won't be able to participate in the campaign due to the current Twitter ban in my country. Hope it get lifted soon

Of course, this way the community is integrated and united, it also encourages constant promotion and many things are achieved.

I share all of my posts on Twitter. They get extra eyeballs, upvotes, shares and what not. :')

Highly rewarding for you and the platform.