proofofbrainio in Proof of Brain • 3 months ago (edited) 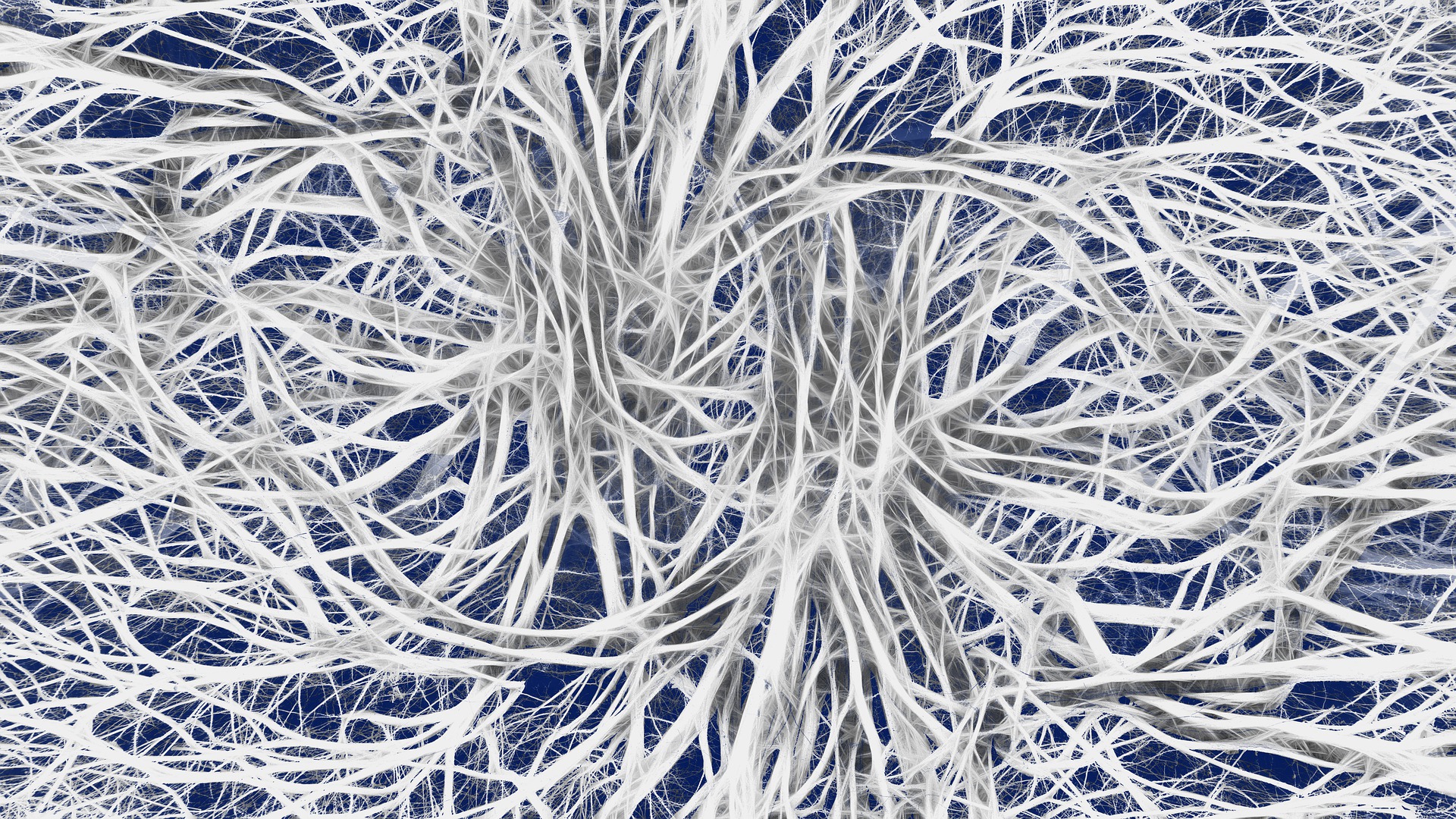 Our Hive Community is constantly growing in all metrics and becoming more visible as our pending reward numbers continue to go up. Big thanks to everyone posting and curating quality content on proofofbrain.io as this directly feeds into our Hive community. The PoB mechanism is working as it should and it is a beautiful sight to see in action.

Which Tags Should Be Prominent On Proofofbrain.io?

I have seen some great suggestions about organizing the tag section from @faireye, @interpretation, and @appachappa . I really like seeing the most used tags, but the fact that they are all hive-engine tags means they aren't always the best way to find the topics that you are interested in, so I am going to work on this problem.

I would like to ask the community to suggest the main tags that should be listed on the left side of proofofbrain.io. Hopefully there will be some overlap in the comments and it will become clear what first tags should empasized.

I see so many people doing such a great job adding value to the tribe by creating, curating, and engaging with quality POB content that I have decided to make some delegations to the main accounts that I have noticed so far. If there is someone else(not yourself) that you think deserves a POB delegation, please tell me why in the comments.

For now, these people win a 1 month POB delegation to further incentivize their work. There are many more that are contributing and I thank all of you, but these people have caught my eye from their steady, quality work within the tribe:

I've also been informed by @taskmaster that POB along with all other delegatable tokens will be added to @brofi! This means we will need your BRO votes to help our tribe members earn more BRO from delegating POB to @brofi. @themarkymark and @trumpman are the biggest bro holders that I know of that are active on POB. so I would like to ask both of you how POB could earn your BRO vote for brofi?

We have about 5,000 more POB available for delegation through HIVE Power delegations until we reach the current limit. If you want to get in on that before the limit is reached, just delegate HIVE Power to @proofofbrainio to receive an equal amount of POB delegation. If you're making a big delegation, you might want to check with me first in the comments or in our discord

Looking now to send some more Hive to proofofbrain.io

I have been getting some nice curation rewards from POB so I will look to scrape a little POB together for Brofi and add POB to my meager vote there also.

Thanks @oldmans! I've noticed you around a lot too! I just delegated you 1000 POB for a month as well!

Thank you! I really appreciate it. :)

I enjoy the content here and find it is very easy for me to engage and comment more often then I usually do.

Plus it is a great place to post some of my content that doesn't really fit a certain community.

brilliant updates ! Should be great opportunity to adding more delegate HP to @proofofbrainio. I see bright future on this ! Let's expanse engagement to increase awarness dozen of people to join and get involved to community We will have to be very careful about choosing our tags. In future, whenever we decide to apply for the support of external communities, they would support us only if we have a unique community. If a similar community is already incubated by these external communities then, we lose our chance to gain visibility among the hive users.

Good point. I think competition could also be healthy, although I suspect you would normally have one tag per topic as one tribe would be the clearly dominant one for the tag, but there will be niches within niches as well. To be able to manage this many topics we will have to get more organized and continue to organize the tags over time.

Good luck with the project! I just delegated 100hp to @proofofbrainio

Thank you @amigareaction! I delegated you POB.

Great job, I'm pleased to see the project is moving forwards and look forward to being a part of its future:)

Great post! Loving this community! I thought delegating to brofi using POB would only help brofi, how can I learn more about how it helps POB?

That makes sense, and does it help promote POB via Brofi votes?

It has the potential to, but we need to get people that hold BRO to vote for the POB pool in the BRO Discord and then we will need to vote for a POB curator there as well.

Ahh thanks for the reply! Still new and enjoying learning with this community

It makes it so that you can earn BRO with your staked POB.

I am happy that you are considering my suggestions. If you need to have any help from my end kindly let me know, i would be always there. Thank you for making this post. It made my day.

Perhaps put a list of tags along the top, similar to LeoFinance. The list can be continually updated, perhaps through some sort of community voting algorithm.

Could proofofbrain.io scan each post for the inclusion of each tag (i.e. if preceded by a hashtag symbol) rather than relying on the standard Hive-blockchain tagging method?

Also, as I mentioned in a previous post about the possible need for classification curators, maybe we can start seriously dialoguing about ways to implement some sort of reward for those who actively classify posts (i.e. to get posts by those unfamiliar with the tagging system into their proper 'bins').

I have some new thoughts about how to accomplish that; maybe I will post a 'Part 2' expanding on my earlier post on that topic.

All good suggestions @trostparadox. Once we have settled on what tags we think would be good to emphasize, we could start moving forward with classification curators and incentivizing proper tag use.

I believe that the side tags should be general tags and put suggestions from other sub-categories something like this.

Or maybe do as the trostparadox is asking and put a Horizontal Menu as in leofinance and put the subcategories on the side as it is at quora. Glad to hear that the tag categorisation suggestions were taken on board and getting some attention. Sounds like one of the first logical steps to start shaping the proofofbrain.io front-end into something more unique.

I don't have any suggestions for what the tags should be other than what would be considered the textbook categories such as art, writing, travel, technology etc. It's safe to say that whatever is added will be used for visibility but I'm not of any strong opinion for what they should be.

Great strides forward so far with the community, I'm looking forward to seeing how things progress. Very grateful for the delegation, thanks. Keep up the good work!

I am happy to see that not only me, but also @marvinix, @luclyn and @calumam managed to win a delegation, they are always trying to help, and to see all this being rewarded is very rewarding.

p .: my username was written in the chat with an extra 'a'.

If you can, I suggest you make the delegation to @vempromundo.pob, because following the path of @amr008, I also decided to create an account just for curation votes. I will continue commenting on mine, but the votes will be for this other account, where I will delegate my PoB from the main account to this one too.

Thank you for the correction! I have changed the delegation to @vempromundo.pob.

Wow thank you for such great opportunity. I am so honored to Ben part of this great community.

Thanks for the POB delegation. I’ll be using it to encourage other new users too by curating their good quality content.

Hello there! I am new to this platform (to this tribe). For What type of contents we should use the POB tag? And to get the upvote, do we need to post from the tribe's website or from any interface we can post using the tag?

Any topic is fine, the goal here is just to find the highest quality content through the PoB mechanism. You can earn by using the tag or the interface, but you will get more upvotes when using the interface.

Great news!
Great tags!
Great engagement to this post and many excited people.
I'm so glad!

We could have these tags generated dynamically based on which tags are trending at the moment ?
Capability to always display my favorite tags there will also be a good choice.
2 suggestions that came into my mind immediately.
I like continuous feedback approach, talk to your users as soon as possible to get feedback and make the changes. Very Agile.

Hello team..
Delegated 300 hive power 😀
When I can expect the POB Delegation?

Thank you @guurry123! I have made your POB delegation!

Nicr update..
I am new here in POB tribe and trying to invrease my engagement.
Amr is going a grand job to increase the engagement...
Love the idea

Hi POB-sama, I wanted to do a ProofOfBrain Lottery where people have to guess the price for the POB Token next month. Maybe a one off thing, maybe once per month. I was wondering if I could use your icon, the POB-Logo, with my german sunglasses as a banner for that event?

Yeah sure, I didn't make it, it's really just the brain emoji so I should probably make an official logo that is totally unique.

I like your icon as it is, but if you are looking for an artist I recommend @failingforwards

Congratulations @proofofbrainio! You have completed the following achievement on the Hive blockchain and have been rewarded with new badge(s) :