Promoting the unhealthy. And Alexa. 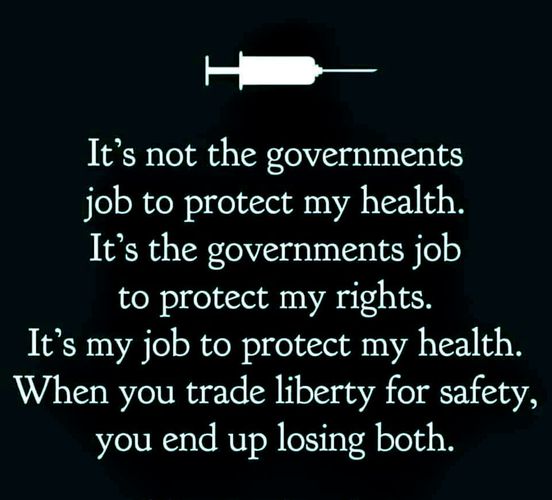 Giving up bad habits is easy if you try.

I lived in Southern Spain for 6 months before driving for 18 hours to Poland. I used to smoke cigarettes but gave up in the cheapest country I know to buy them. Spain.
I am watching the price of food go up here, basic items, bread etc but I am also seeing the price of alcohol go down.
The corporate supermarkets that were never forced to close here seem to be pushing more and more to serve cheaper drinks.

The UK has always had deals to buy bulk cans of beer. Here the norm was 4 cans. Now it is 12 and getting ever cheaper.
Vodka too the price is tumbling, you can get 700ml for $5 USA currency.
So I have given up drink for good.

Yes I shall have a social glass of wine, or 1 beer maybe 2. But having bottles of the stuff around nope. Not when it is seemingly being pushed on me.

I see them all the time here, what we call a wino in the UK. Groups of men sitting on benches, drinking till they can hardly walk.

I see people going through bins trying to find aluminum cans to sell to support the habit.
It is not only men, I see women doing it too.

It looks very self destructive. Very anti social in a social way. They only socialize with others that like to get drunk.
They urinate where they stand, matters not if children are walking by.
Had to shield my daughters eyes a few times.

Another thing that seems to be going down in price is meat. Packed with chemicals it is.

There is a gent locally that buys joints of pork, bacon, chickens and all manner of meat. He tests them for chemicals and prints online his findings. All seem to be pumped full of toxins.
Seems the endless push for profits from corporate farming, large scale, not of the free range kind, are making the meat fatter, heavier and anyway they can. Had quite a few people telling me that in the UK some shops keep running out of food.

With countries like the UK being an island, shortages of food are easy to manipulate, "control the food control the people."

Whilst doing a bit of research on the food chain I came across this article below.

"Those 10 companies in the middle are now the biggest food and beverage companies in the world. Together, they generate revenues of more than $1.1 billion a day. They also employ millions of people in poor countries, directly and indirectly, to grow and produce their products. Because of their global reach and influence, these companies could play a big role in reducing poverty, hunger, and inequality. But right now, they’re not doing enough."

I have heard that the UK is facing shortages of HGV/lorry drivers due to brexit.
I have spoken to a few of the ex HGV drivers too. All seem to have the same concerns hence why they gave it up.

A lot of those that moved to the UK to service these kinds of jobs, including Polish people have left since brexit too.
No guarantees given for them to stay in the UK made them flee. Met quite a few of them here too.

A simple duckduckgo search for 'food shortages to stay UK" turns up many results.

It is more difficult here where I am to run out of food.
Open borders to Germany and the rest of the EU make that happen.

But if the food is unhealthy, does it matter if the shelves are full?

I am unsure why anyone would want a device that listens to them in their home.

I was speaking to my mother about the Alexa device and it turns out my sister had bought my mother one.

I asked her to request her recordings history, she was shocked when it arrived. Private conversations all recorded.
What freaked her the most was she was in a different room talking to my step father, she whispered something and Alexa said "Sorry I did not hear that, can you say it again" Alexa was deleted and sent back to my sister. So she now has one in her bedroom to join in with the one in her living room.

I can not imagine why anyone would want one let alone in a bedroom where private matters happen if you know what I mean.

Did you hear about this couple?

A couple in Portland, Oregon joked that their Amazon Alexa might be listening in to their private conversations.

The joke came to an abrupt end when they discovered a conversation was indeed recorded by Alexa – and then sent to an apparently random person in their contact list.

Amazon has an explanation as to what happened. But first, here’s how Danielle – who didn’t want to share her surname with ABC’s reporter – described the rather alarming chain of events.

It starts with a phone call from a person working for Danielle’s husband.

“He proceeded to tell us that he had received audio files of recordings from inside our house,” Danielle says.

“At first, my husband was, like, ‘no you didn’t!’ And the [recipient of the message] said, ‘You sat there talking about hardwood floors.’ And we said, ‘oh gosh, you really did hear us.'”

I prefer quiet anyway to talking to a device like Alexa.

The sound of crickets, birds & mother nature for me all the way.
Talking to a robot? No thanks.

A robot listening to my every conversation? No thanks.

Before we know it people will opt for so called smart houses, someone will hack them, that is for sure.

Smart phones, smart cars, smart fridges, what ever next.
I think I am starting to understand the Amish people more day by day.

I see a lot of control coming with smart things. Cars that can not go over the speed limit. Even if you are taking a heavily pregnant wife to hospital.

When my first son was born I must have hit 2 curbs trying to get there as fast as I can. Them days will be gone with cars you can not drive. Automated, robot like, no driving pleasure in sight. Silent engines, only sound is the wind, possibly tyres/tires too.

Have a superb week and stay smart, you are smarter than the devices anyway.

Goodness gracious! We have the opposite happening in the USA.
Meat prices ⬆️
🍷 ⬆️
Vodka🍸 ⬆️
Beer seems to be about the same in price though I live in the area where an Anheuser-Busch brewery is located and beverages are produced @shepz1

As for Alexa...ohmygosh! I will be unplugging mine before engaging in any human conversations take place and use only when asking to play music. Never would I ever have one in my bedroom.

Thank you for the news from the USA, this is what I love about the blockhain, real people, real news, in real time. Superb. Thank you.

Hey @shepz1, here is a little bit of BEER from @ninahaskin for you. Enjoy it!

Do you want to win SOME BEER together with your friends and draw the BEERKING.

While are they running shortage of all this things

Wow, This was very educative for me. And I learnt that we are our own detriments and giving up bad habits is required to leave a good and healthy life.

Thanks so much for this, I'm proud of you.✌🏻