Members of US Congress & Their Staff Are Exempt From Biden's COVID19 Vaccine Mandate!

ura-soul in Proof of Brain • 6 days ago (edited)

You've seen the many videos of politicians getting COVID19 shots where the syringe had a lid on or where the needle clearly doesn't enter their arm.. Now you learn that Biden's attempts to force injections of experimental genetic technology into millions of Americans does not include US Congress themselves, their staff or the federal judiciary! It is thoroughly expected at this point, that the US government and Joe Biden would attempt to force millions of people to receive an experimental COVID19 shot, still in safety trials for some time to come (and that have already been shown to kill and maim an unprecedented number of recipients globally) - while specifically not applying the rule to the US congress people or those running the courts! This is hardly a way to build confidence in either the shots or the those in government!

Can you imagine if this were happening out on the streets and not behind the guarded walls of government? What if your neighbours tried to force you and everyone else to take a new drug they had just bought (under an extremely coercive and ]dubious sales contract with a rich bunch of known liars who make drugs](https://peakd.com/hive-150329/@ura-soul/leaked-covid19-vaccine-contracts-reveal-that-pfizer-wields-huge-power-over-the-nations-it-has-sold-them-to)) and once the smoke cleared from all the arguments, it turned out that they themselves were not going to take the drugs! This would not end well! 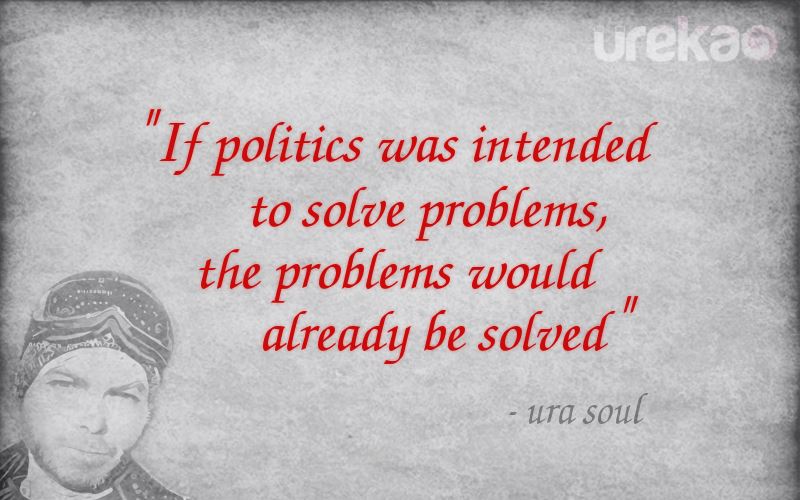 This is exactly what is happening, as Newsweek has recently covered.

"So—so here is the thing. We are—we cannot require someone to be vaccinated. That's just not what we can do. It is a matter of privacy to know who is or who isn't," Pelosi said.

"I can't go to the Capitol Physician and say, 'Give me the names of people who aren't vaccinated, so I can go encourage them or make it known to others to encourage them to be vaccinated.' So we can't—we can't do that," she said.

Yet, somehow the 'President' thinks that it's just fine to treat most of the nation completely differently, to over-ride their privacy, body autonomy and personal safety - treating them as little more than drones or experimental fodder!

The explanation for this hypocrisy is limited to:

Biden's order on federal workers applies to employees of the executive branch. The House of Representatives and the Senate belong to the separate legislative branch, and the courts to the judicial branch of the federal government.

Now, I am not advocating for the forcing of medical interventions on anyone here, I know it's not right to over-ride the will of others, so I know it's not right to force shots on anyone. The answer is not to force the shots on everyone so as to present some kind of balance. You can't create balance while overriding people. This basic principle of free will is being heavily denied.

As I said in my recent video, stress lowers immune response, so it is critical to minimise stress at this time, for human health and safety - yet repeatedly we see these career conmen and cronies doing everything to increase stress while claiming they are effectively heroes!

Systemic problems require systemic change. We cannot expect to improve life while stuck at the level of effects, we need to go to the causes of our experiences to create change that is real. The causes of our discomfort and suffering are enmeshed within the very systems that claim to be for our benefit but which never have been!

You Can Vote For Me As A Hive Witness!

View Some of My Witness Related Posts

Note: Witnesses are the computer servers that run the Hive Blockchain.

Without witnesses there is no Hive blockchain or DApps such as PeakD and 3Speak... You can really help Hive by making your witness votes count!
I am founder of an ethical Digital Marketing Agency called @crucialweb. We help our clients to grow and innovate online and offer discounts for decentralised projects. Get in touch if you'd like to work with us.

COVID-19 is a social problems that many countries are facing the challenge for some years now but still the issues remains the same.I may not be right by saying this but my advice for countries that are been affected by the pandemic should going on fasting and prayers and not to depend on Government only, with God all things are possible.

Covid vaccine is much of a problem than the virus itself. We don't even know what to believe or who to trust any more. This better work. Political sentiments apart.

Why are they exempted? Since they are making it mandatory, they should all be involved. Leadership by example. Let them take the lead first and others will follow. What's wrong with our leaders for Christ sake?

I understand where you are coming from. It's shameful how dubious and untrustworthy our so called leaders and politicians are nowadays. But it's just so wrong what they do and they keep going away with it. So sad.😒

This is annoying really.. By the way, what system of government is run in the US?... Since it is not a military system, they have no right to forcefully give those unproven vaccines to the citizens...

I saw both Nancy's and Joe's announcements. It's annoying to hear it, but completely infuriating they would attempt to make everyone else do what they won't.

On Congress? I agree. On the rest of the population? He probably thinks he does.

They know what they are doing, it will surely fail them.

They give all these orders irrespective of the citizens thoughts.

This is all very terrible.

Submit
0.00 POB
1 vote
Reply
[-]
poshtoken  6 days ago
The rewards earned on this comment will go directly to the person sharing the post on Twitter as long as they are registered with @poshtoken. Sign up at https://hiveposh.com.
100%
-100%

If the world is to end SELECTIVELY i guess the politicians and their family will have the earth for themselves. But God in his infinite power choose who to live or die. I know in the heart of my heart we will survive this trying period, no matter what the politicians do we will surely stand. One day one of them will expose their secrets for the world to see. Note that they are in corroboration with the vaccine companies, back then madagasca used local herbs as a cure why didn't the world buy into it? Probably because the world powers have a hidden agenda and would want the virus to continue so that much fear can be created and allow them carry out their evil but we are wiser and we will scale it all. You know why? Humans is the best among God creation and God is watching.