vempromundo in Proof of Brain • 3 months ago Elon Musk continues his prank of using twitter to pump and dump coins. And that attitude of his didn't change my way of looking at the market at all, because I'm already vaccinated against that kind of attitude.

In 2017, when I started to actually study about cryptocurrencies, I also got to know S*****t, and started making some trades, which made me lose something around 0.20 btc at the time it was worth around $3,500 .

Then came McAfee, also on twitter, saying that he would study the TOP 100 coins and say which was a thriving coin and which was a shitcoin. Obviously one of the currencies he pumped was DogeCoin, as well as Elon, and he would buy at low prices and everyone would buy right away, with him then making the sales and making a profit.

He did this with several coins, even charging for lying that some coins were good.

As months before I had already lost a considerable amount on my own and being a premature trader, I didn't join the McAfee bandwagon and didn't make any profit or loss with their tweets.

The US federal prosecutor recently indicted him for these actions. And now in 2021 Elon Musk having similar attitudes.

A lot of people are losing money with his irresponsible attitude. 50% his fault and 50% the person who doesn't go after studying where he's investing his money.

I took the opportunity to buy more BTC every time he tweeted irresponsibly. And I took the opportunity to warn all my close friends who were thinking of selling their BTC because of him, not to worry, he is irrelevant to the functioning of cryptocurrencies and is just taking advantage of the profits of his companies to invest in BTC, money that your companies have achieved a lot in part from loans from the state that, as usual, has no idea where to allocate resources because it is mostly managed by incompetents. Elon Musk is just that, a branded McAfee, and nothing more.

All his credibility he created over the years with his products (which if you study deeply many were not his merit, but engineers working for Tesla, where he was just the face of a poster boy).

Newbies, when investing your money, read MANY LeoFinance posts, there are many responsible people there, who taught you how to overcome some of the rocky paths that he has already trodden.

This is the way he looks when tweeting 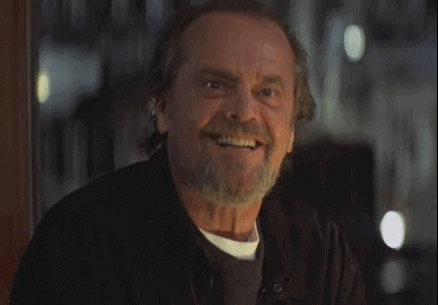 I honestly believe that he’s on a power trip.

I admit, it has to feel euphoric to know that a single word has the power to manipulate the economy (therefore, lives). But, I think that Musk is acting like an angry 14 year old Who was crowned king in ancient times.

He needs to grow up.

It's incredibly irresponsible behaviour, and I think it should be treated as targeted manipulation when he creates FUD or FOMO surrounding anything he's invested in. He's clearly a shit-disturber... you're quite right: much of his origin story and rise to alleged genius and fame is the product of clever manipulation-- spin doctoring, as they once called it. Bill Gates had a similar persona makeover.

Elon reminds me a lot of McAfee back then with manipulation, pump and dump et all. By the way, where's McAfee now, no seems to care about him anymore.

Same will be the case of Elon. The reason I pay no attention to his tweets. Only impatient people fail to see the big picture.

Crypto is here to stay. Elon musk will lose his influence in the crypto market real soon

In fact musk's believe that he’s on a power trip.He's clearly a shit-disturber.i admit, it has to feel euphoric to know that a single word has the power to manipulate the economy. Thanks for sharing. You are doing well

Congratulations @vempromundo! You have completed the following achievement on the Hive blockchain and have been rewarded with new badge(s) :

There's a quote attributed to Bill Gates, about whether the universe exists solely for him, and if so, it is doing a good job. I think the same can be said about Elon. He has reached a point where everything he touches is gold and can only fail upwards.

It will be interesting to see how the portfolios of those who follow the McAfees, Musks and Chamaths do in the long run.