yintercept in Proof of Brain • 3 months ago

A HIVE post only makes money in its first seven days. As I recall, the re-indexing cycle for the googlebot is longer than seven days.

Since HIVE authors do not directly benefit from Google searches, I see no reason for HIVE authors to get bent out of shape over the SEO issue.

Web designers have been trained to consider SEO as they construct site. Google assigns every web page a miniscule amount of PR. The googlebot analyzes the links on billions of pages and then uses those pages to determine the position of a file in the search engines.

NOTE Hive adds the directive rel="nofollow noopener". This directive tells the search engine that the link might be spam and to ignore the link in page rank calculations. The noopener directive is a security measure to prevent cross-site scripting attacks.

That canonical link tells googlebot where to direct an SEO benefit of the post.

Now lets get to the meat of this post. An author only receives a reward in the first seven days of a post. In most cases, HIVE authors have little concern about the traffic the post receives outside this time frame.

Now, lets imagine a person is creating content that the author wants to market beyond the confines of HIVE. In such cases, the the author will be deeply concerned with the SEO of the post.

It would make sense to publish the piece on HIVE; However, the author would be wise to republish the content on another web site. The author could put links from the HIVE post to the site designated to be the official destination for the site.

Unfortunately, since HIVE marks the HIVE post as canonical and puts the "nofollow" directive on all outbound links; Google will perceive the official site for the book as spam.

I often take pictures for posts. I would prefer to establish my photoserver as the canonical source for the images I take.

For example, I started taking the photo set below of Westminster Campus in Salt Lake City. I discovered a sign saying the campus was closed and left. It is not a great photo set, but I would like to establish my set as the official source for this second rate content.

I put a link from each photo to my site. HIVE marks the HIVE post its photo servers as the canonical source. It marks my site as a potential spam site. My site claims to be canonical as well. Since the photo on my site has a higher resolution, Googlebot will probably rule in my favor.

Web sites battle over who is perceived as canonical.

As I understand, the authors of posts on HIVE retain their copyright. There is nothing wrong with republishing old HIVE and SteemIt.

In the current set up, I think that the best way to republish a post would be to replace the current HIVE post with a link to the new location.

The creators of HIVE actively encouraged users to replace their old SteemIt posts with liks to HIVE.

I don't like doing this because the HIVE blockchain is a trusted archival source.

HIVE authors tend to have many links back to HIVE. Improving the PR of the author's web site improves the PR of HIVE.

Many posts are simple updates and don't have much PR value in and of themselves. I often write posts which I don't think have long term value. For example, I might write a post to recount my steps for the week.

Since the page simply has an update, I might prefer to set the canonical link to my root account.

A better way to explain this might be to look at an example. @arcange publishes daily statistics. The current post has the canonical URL: https://hive.blog/hive-133987/@arcange/hive-statistics-20210503-en .

This page will be of little interest in a week when the new report has better data.

HIVE would benefit if the canonical url for @arcange's statistics pointed to his account page: https://hive.blog/@arcange . Possibly the canonical URL could point to the Hive Statistics .

Giving us better control over the canonical link would allow users to concentrate PR on the better parts of the platform.

Now for the Pictures

On Sunday I decided to take an evening walk through Westminster University in Salt Lake City. I snapped a few photos before coming across a sign that said the campus was closed due to COVID19. I then skiddaddleed. My short walk a simple circle around Converse Hall. This was the first building on campus. It was constructed in 1906. It was named after the inventor of the sneaker. There might have been another Converse.

This is the sign that made me flee. I apologize to any student who died because I broke the hermetic seal around the campus. 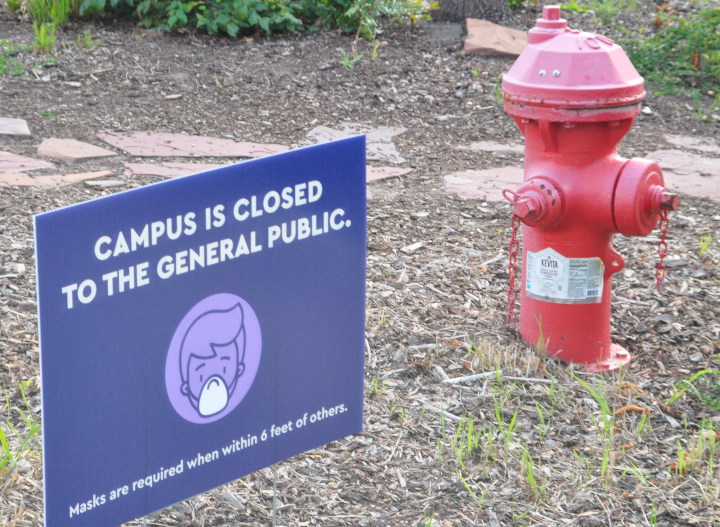 This is the student union building viewed from Converse Hall: 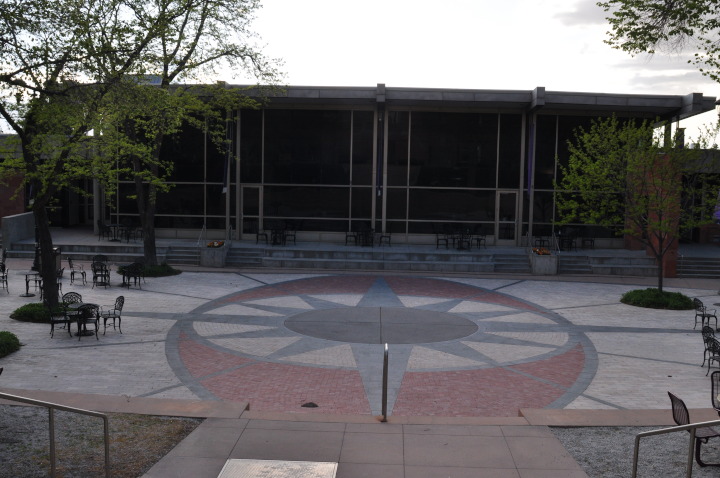 This is the front of Converse Hall: You have laid down some wonderful suggestions which I feel is really very important....@yintercept

Thanks for the compliment. I felt that the post was rambling. I'll try a quick summary.

The seven day voting window means that Hive content creators do not benefit directly from SEO.

If the users aren't directly benefiting from standard SEO models, then how should HIVE approach to SEO?

Instead of creating an SEO model that directs PR to dead posts. Perhaps HIVE should create a dynamic model that allows users to direct PR to the destination of their choice.

A better solution would be to allow the user to add link that directs readers to the new post.

If you are ok with surrendering your freedom that easily, I hope you don't intend to take me along.
I've pushed back the whole time.
At one time they taught us how wrong all this is, now, not so much.

I guess it is a bit much to ask one's homicidal ruling class to give their victims the info they need to escape the dystopia.
I can point you to it, but I can't read it for you.

I can't help with the google optimizations, neither, I use ddg, and startpage.

Westminster is a private school; So, I was on private property.

I might be old school, but I have a deep respect for property rights. If a private property owner has a sign restricting access; then I will usually obey the restriction.

It is their property.

I would've agreed with you up to the point I read this book.
After not so much.

I think they might have a hard time enforcing it in court.
Trespass laws would be used.
Which is a long convoluted other conversation.

You, have to do what you do, of course.

To summarize. One could say that the purpose of rel="canonical" is to concentrate Page Rank on to certain pages. Instead of trying to set up each page as a canonical source, the system might let users set their own canonical source.