@yintercept 63
10 months ago
Proof of Brain

I was looking at HiveBuzz.me and realized that I have yet to earn the monthly writer badge. To get this badge, I need to write a post a day for 31 days.

I thought about just reporting steps. But that is not interesting. Instead I am going to take a risk.

Prior to joining SteemIt, I engaged in a spat of researching modern partisan history. During this research, I realized that both progressivism and conservatism were created by advocates of the monarchy. The goal of the left/right split is to created a system of controlled opposition. The controlled opposition was designed to establish centralized economic and political control.

In my research I've found historians on the left and right who trace the origins of political science to Machiavelli.

I am not a fan of Machiavelli. I realized, however, that Machiavelli provides a great segue into a discussion of the conflicts that ravaged Europe in the Middle Ages.

I decided to publish on #proofofbrain because I am attempting to write about the history of ideas. I will also drop the #CENT tag as the article will address the creation of double entry accounting and modern banking. The invention of accounting is one of the most important topics in economic history. NOTE: I intend to republish these essays on my personal site with the title The Two Sides of the Coin

The picture is a public domain work by Santi di Tito that I drew from Wikicommons. 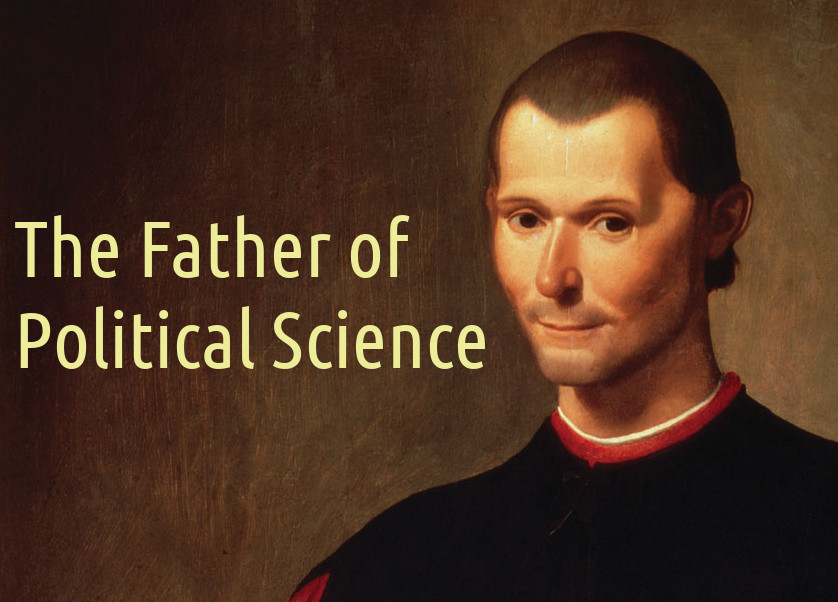 Many theorists trace the origins of political science to the Florentine writer Niccolò Machiavelli (1469 - 1527). Machiavelli was a government worker and state sponsored historian who witnessed the collapse of the Florentine Republic and the rise of the Medici dynasty.

Machiavelli's primary work, "The Discourses of Livy," was a Socratic dialog which examined military and political actions from Rome through the middle ages. Machiavelli concluded that the act of gaining power is more important than the ideals of power.

People who have great ideas but have no power are rather useless.

Machiavelli's most popular works are "The Art of War" which talks about the nasty things generals do to win wars. For example, one should use the tools of one's enemies to destroy one's enemy and the general that defines the battlefield often wins the battle.

We can find numerous examples of Machiavelli in action. Totalitarians will use free speech to bring down a free society. The totalitarian regime imposes censorship once in power.

Political theorists like Machiavelli because he discusses the strategies of gaining power.

I imagine that he had become despondent and cynical. Machiavelli took to praising people for despicable acts as a way of coping with the collapse of liberties in Florence.

The Rise of the Renaissance.

Personally, I think the rise of the Renaissance was far more interesting than its collapse.

Florence was a working class town in 1115 when the people rose against Margraviate of Tuscany to establish itself as an independent Republic. Florence continued to have scrapes with the various monarchs on the Italian. The town encouraged its people to study the works of ancient Roman and Greek thinkers such as Aristotle, Euclid and Cicero.

Craftsmen noted that many crafts were lost during the fall of Constantinople. The town developed the patent system which gave inventors a temporary monopoly on the work; if the inventor shared information on how to create their inventions.

In 1421 Filippo Brunelleschi received the first patent in relation to work performed in the construction of the dome of the Cattedrale di Santa Maria del Fiore.

Brunelleschi's most famous work was, of course, the discovery of the technique of curvilinear perspective. Perspective is a method for projecting a three dimensional space onto a two dimensional surface.

Yes, one can derive the theory of perspective from the works of Euclid and it is likely that the architects of ancient Greece employed the use of perspective in their works.

The Florentine rediscovery of perspective radically changed the way that people saw the world.

I would love to spend several posts on perspective, but this is a work about politics.

Another great innovation during the Florentine Renaissance came from the hands of a Francscan Friar named Fra Luca Bartolomeo de Pacioli (1447 – 1517).

Pacioli was a mathematician who created mechanisms for measuring different things in life.

Like other great thinkers, Pacioli noticed that things in life should balance.

Noticing the large number of mistakes that people made in basic accounting, Pacioli developed an ingenious system called double entry accounting in which bookkepers would record each transaction in one table as a credit and in the other as a debit.

The bookeeper would periodically balance the books. This process produces reports that can help investors analyze the quality of their investment.

The invention of double entry account led to dramatic break throughs in finance and banking.

The Rise of the Medici

The accounts held by banks mirror the assets held by the people.

The development of double entry account led to advances in banking.

There were numerous banks in Florence. The Medici family was the most aggressive banker in town. They were able to establish a monopoly.

The Medici encouraged the businesses to borrow. When the art market burst, the Medici forclosed on the Republic and established themselves as monarchs.

In the next chapter, I will look at the rise of the Medici. For my piece on Machiavelli, I wish to reiterate that Machiavelli was a decent scholar.

His writings were about the tricks that feudal lords used to maintain control.

Machiavelli wrote about the way feudal lords behaved during the dark ages.

Machiavellianism does not lay the foundation of rebirth. He wrote about the strategies that feudal lords used to garner power. The ideas of Machiavelli's work lead to collapse.

Machiavelli's ideas have endured, however, his fame is associated with negativity, because of its heartless character. Politics, is heartless, though

What were Machiavelli's ideas?

Machiavelli was a historian. He noticed that leaders would commit atrocities and would then benefit from he atrocity.

So, he discussed the reasoning behind the atrocities.

To a large extent the ideas expressed in Machiavelli's work were simply the strategies that the ruling class used to suppress the masses.

The ideas behind the Art of War were not new. The book provided a discussion of the ideas developed by generals.

IMHO, Machiavelli's innovation was that he tried to understand the point of view of the generals and kings and discussed their actions from their perspective.

Remember, Brunelleschi developed the system of curvilinear perspective which was used in Renaissance art. So this idea of looking at issues from multiple perspectives was entrenched in the Florentine culture.

IMHO, what Machiavelli did was he created a relatively accurate description of the way that feudal lords saw the world.

So, I had to ask: What were Machiavelli's ideas?

I believe that his idea was that for a historian to understand history, the historian needs to see the world from the perspective of the players in history.

A historian who engages in this style of thinking would not be expressing his ideas. Instead he would be expressing the type of ideas a historical figure may have been experiencing.

IMHO: Machiavelli did a good job expressing the ideas held by feudal lords. Later thinkers would look at Machiavelli and realize that feudalism created perverse incentives which undermine society as a whole.