edicted in LeoFinance • 10 days ago 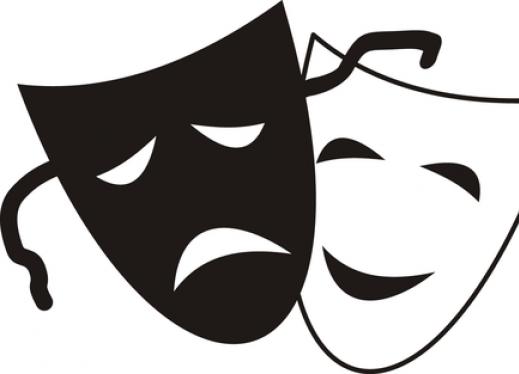 I found this little gem a couple days ago.

Should have shared it earlier.
Better now than never I suppose.

So I saw this post in the trending tab on Leofinance. Decided to read it, and I was not disappointed. @thranax is on a mission to find out why the price of Proof-of-Brain token has crashed on HiveEngine, and he's found the answer! Mean ol' greedy @onealfa is the reason!

Let me remind everyone that the only reason why I saw this post to begin with was that it was upvoted into trending by @onealfa himself, so you know this is going to be good. As you know, I have been fighting for a few days against the two bots that are sinking the price of POB with a bot in two different accounts @gimme-your-coinz and @take-my-coinz.

So apparently @onealfa runs a market-making bot to add liquidity to HiveEngine tokens. Spoiler alert: liquidity is good. Markets want liquidity. Rivers that dry up leave nothing but dead fish behind.

So when the price is going up, no big deal, hurray for @onealfa, but when prices are going down that mean ol' greedy @onealfa is the devil! Can we see the ridiculous logic employed here?

A market making bot will automatically lower the price if that's the way momentum is going. To expect that @onealfa should just eat the loss and set up a buy-wall so the price doesn't decline... wow. Who's the greedy one again? 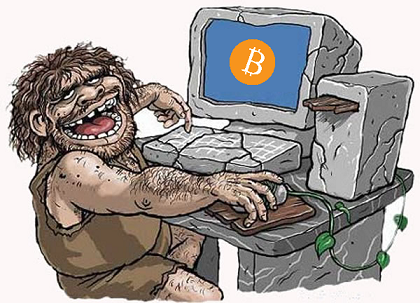 This is seriously perfectly tailored example of the rabble lashing out and making foolishly outlandish claims to the point of complete absurdity. @onealfa comes in and makes POB a thing, adds more value to the project that any other person on the network, but yet he's the reason for the price decline. Mindblowing!

And then to act like some detective uncovering a conspiracy about the entire thing. Wow. If he was trying to hide it... he would have hidden it. These are not hard things to do. Funneling the money through any centralized exchange's hot wallet will do the trick.

Don't bash people for selling their crypto.
It makes you look like an idiot.
The sole purpose of a currency is to convey value.
Failure has not occurred when value gets conveyed.

The ignorance displayed within the cryptosphere is vast because the complexity is vast. People need to learn how to take a less reactive approach to problem solving. We shouldn't be looking for someone to blame after bad things happen. Fix the problem and move on, if possible.

This is exactly what happened with the Steemit hostile takeover. People did not become outraged with our witnesses until the exchanges did the unthinkable and actually powered up funds (becoming insolvent) to attack the network. The problem was the exchanges, but everyone blamed the witnesses for "stealing money". Lawls, nice try. Stop trying to rewrite history. As if we hadn't been under threat for weeks on end before that decision was made.

If you need to blame someone for the fact that you lost money, perhaps try blaming yourself. We are at the precipice of an entirely new economy. There's digital gold in these mountains, and it's no one's fault but our own for not knowing how to mine this value.

The irony of this particular situation is pretty legendary. Did the price of Proof-of-Brain go down because @onealfa is a greedy asshole, or was this a completely thoughtless accusation based on the tunnel vision and greed of the accuser? The answer is quite obvious. Number go down, I blame @onealfa!

This is a cooperative arena.
We would do well to remember that (myself included).

At the end of the day it would be nicer to simply tell people like @thranax "No, you're gravely mistaken, and here's why," and then simply move on and continue building. These are learning experiences.

On that note, it's important to point out that this post was justifiably downvoted to zero on the main chain, while it still ranks quite high on both LEO and POB. Interpret that as you will. Hive is a bit less forgiving than some of the other communities around here.

Proofofbrain is full of people that barely care about the project itself, just a bunch of greedy peeps sticking their nose in shits and then tell everyone what typa assholes they are.

I may seem like one that doesn't notice anything, but I'd say I did quite notice the price actions, and what was going on. First the community created war amongst their investors, then tried to centralized the shit by proposing to implement a system that will control how people should utilize their stakes. Like what the heck?

But who am I to say anything? I hate even saying shits because a lot of people get hurt in the process.

proofofbrain needs to get things together or else this whole shit will be going down the drain, and there's nothing a fancy bitcoin design can do about it

Seriously, stop going against your best man, when the only enemy to the project is your greedy selves.

As you said it - this was a GEM. So I had to upvote.
These stupid accusations gave me more visibility, more popularity, more engagement. More POB.
So it would be not fair to give nothing in return.

When I was on a constant BUY of |POB, for 6 or 8 weeks, every day dropping at least 1K Hive into POB purchases (sometimes 3K even 5K), everyone was happy to see POB going up. Not many asked WHY POB is going UP like crazy. They were just happy.
But since my buying period ended, token started to tank down. And everyone became unhappy. There must be a reason of this tanking, right ?
Some inexperienced traders decided to find the reason. And they found. :)
If somebody familiar in crunching databases could find out, how many Hive I have spent into POB, and if There is anyone else even close to my numbers - I would be very happy.
Everything is burned in stone, in blockchain, so maybe one day I will learn myself, how to find these numbers.

If somebody familiar in crunching databases could find out, how many Hive I have spent into POB

Last time I checked, you had thrown well above 30k Hive into it.

Everyone was happy seeing the prices go up, lol, but look at it now, you could have as well brought it back up, but you didn't, and everyone is mad, haha, sick shit.

I don’t think this ends well :(

It's pretty sad I haven't worked more on my own database lol.
I should be able to get those numbers for you pretty easily.
Alas, no dice.

if you really want to manipulate price remove liquidity at all and look the panic dumpers :)

"oh no, nobody wants to buy - NOOOOOOOOOOOOOOOO" :D with a really cheap offer :P

Not many asked WHY POB is going UP like crazy. They were just happy.

Exactly. The people accusing you should also know better imo, it's not that hard to see who's buying and selling. I sell them to get to my LEO goal for the month, and thankful for those upvoting and buying. So thank you!

Am just here for the comments...lol

If there was a drama blog on Hive I would read it.

DAYS OF OUR HIVES soap opera

It's like they never expect the whales to sell

Like how? Ain't we all humans? Don't whales need money too?

You nailed it. You're one of the few people around here that make me want to know their age. Not asking though ;)

Have a good one!

Well it does seem like there is too much drama. If people aren't buying enough, price goes down. That is all I see to it.

He brought the price down by 'attacking' the bots.
He says that in one of his posts or comments.
Everything was fine up to him creating this.
Spreads were better, too.

This community has won the title of the community with the most drama.

There's no day without some kind of drama going on and I don't even check the community as I stumble across posts about it in leofinance.

People have too much free time in their hands, some have no life, therefore living other people's life. 🤦 Very sad!

Hey, we need some drama queens also. You saw it, there is people waiting for the offensive comments, you dumbass 😆. PD: I upvoted the post too, was waiting with popcorn the answer of Onealfa.

I want to read more of it, please more drama :)

It is just fascinating that when prices are going up no one gives credit to the person causing it, but let it slide downwards a bit, all kinds of accusations pop up.

It is human nature to always find fault in many things hehe.
Why would people not thank the people who caused the price to go up in the first place?

It is because we are busy selling when the price is going up forgetting that someone is buying highly hence pushing the price up.

Now when the price drops because probably many people are selling, we look for someone or something to blame(it is natural), we always love to blame others than ourselves because it is the easy thing to do!!

Btw I am not supporting anyone here, I just enjoy the drama from the sidelines hahaha, it is what makes this place social media too!

Lol, that's just stupid to accuse him like that while we all know (I mean, we all read the posts/tweets etc) that he's buying POB like crazy. I mean, when I sell my POB, I'm thankful to him for buying it so I can buy some sweet more LEOs for my account.

Great post! And I hope everyone doubting the POB drama should read this one!

I'm pretty much starting to just ignore/mute people who seem to come way out of left field and from the getgo make it clear they know way too little about you or your activities with the accusations they're throwing your way. It's just not worth the time/effort, there is no winning there, only loss for everyone involved.

If you need to blame someone for the fact that you lost money, perhaps try blaming yourself. We are at the precipice of an entirely new economy. There's digital gold in these mountains, and it's no one's fault but our own for not knowing how to mine this value

Good breakdown
But Is anyone surprised?
These engine tokens are not decentralized at all!
Am I right?
Happy to be corrected
But I don’t see any value in centralized tokens and in fact believe we’d be better off not having them and focusing on Hive